A friend said to me the other day “I’m sure you have a job but you seem to permanently be on holiday”. The secret is efficient use of public holidays!

When I re-joined the working world in Australia I was horrified to discover that you actually had to earn your holiday days! Unlike in the UK, where if you start a job on 1st Jan, and your allowance is 25 days per year, well then you could take that all in January if you wanted (this might not go down too well!)

In Australia you accrue holiday, so by the end of your first day of work you’d have 0.08 days of holiday in the bank…!

Public holidays have therefore become a very precious commodity, and with a bit of planning can really optimise trips away.

For example this year, there’s been:

January (Jindabyne): 1 day of leave for 4 days away

Easter (Vietnam): 3 days of leave for 10 days away

And this most recent trip: 1 day of leave for 4 days away

I’ll also be making the most of the ‘Queen’s Birthday’ public holiday in June (something we didn’t even get in the UK!) to go to Cairns to support Ben’s Ironman and do some barrier reef snorkelling/diving, and the actual BANK holiday (which only financial institutions get here….) in August whilst I’m back in the UK.

So last weekend it was back to NZ and exploring some new territory in the far north of the North Island.

We flew out on Thursday afternoon in order to spend a night and day with Ben’s sister and his little nephew. However, it is totally feasible to fly on the Friday night and come back Tuesday morning (Monday was ANZAC day public holiday), which is what my friend Megan did who joined us for the weekend.

One thing I WISH is that I had made better use of my weekends whilst I lived in London. Everyone knows that one person in the office (usually an Aussie) who is jetting off every weekend to France, or Germany, or Spain, or Switzerland… because it’s “only a 2 hour flight away”.

Since moving to Sydney, where Perth, a city in the SAME COUNTRY is a 5 hour flight away, I’ve started to appreciate what a luxury that really was in Europe.

So UK friends I implore you, make the most of it and spread your wings, take a Friday off and fly on Thursday evening to Reykjavik, or Stockholm, or Venice!! (and send me a postcard….)

NZ is 2 hours ahead of Aus, so we arrived late-ish on Thursday night. We stayed at Sacha’s house and in the morning she didn’t tell Fletcher that we were in the spare room so that he didn’t run in to wake us. Apparently he was adorably confused as to our whereabouts “Are they in the car…?”

We had a relaxed day around Auckland:

That evening we drove across town to our AirBnB booking. The apartment had stunning views down over the harbour! Our host, Anna, had left a key out for us, and arrived home from Friday work drinks at about 7pm, pissed as a fart. She was from the UK and totally lovely, we were just en route out to watch the rugby but she insisted that we have a G&T with her and her colleague before we left.

Megan’s flight didn’t land until after 10pm so we were just asleep by the time she got to the flat. I hadn’t realised from the AirBnB listing that the sofa bed and the bed bed were in the same room, so we were having a little sleepover!

Saturday we were up early and went for a run around the city.

Breakfast was at a little place I discovered on my first visit to Auckland called ‘Best Ugly Bagels’. I bought one of their caps when I was their last year and it seems to have become a bit of a wardrobe staple, so I was looking forward to getting another colour. Devastatingly they were out of stock. Still had a delicious breakfast bagel though. 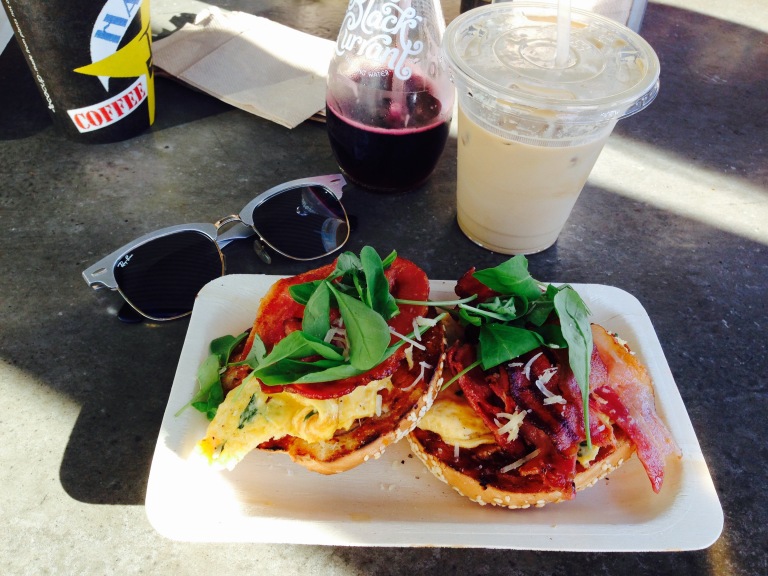 I quickly got over my hat disappointment though because we were headed to WAIHEKE for a wine tour 🙂 I specifically booked with a different company to last year (Ananda Tours rather than Waiheke Island Wine Tours) so that I could try some new vineyards but the first two were ones I’d been to before!

Saturday night we went for a chilled dinner at a place we thought was called Ramen Ramen Ramen in Ponsonby – it was excellent and full of Japanese people which is a positive review in itself. Upon googling it appears it’s really called Ramen Takara.

Sunday we were on the road up to the Bay of Islands. We had a boat tour of the bay booked for Sunday afternoon but Ben’s friend Howsey offered to take us out in his boat, and we were able to change the tour to the Monday morning!

Before going out in the boat we went to the Waitangi treaty museum. It had only opened in February and was $40 to get in ($20 for kiwis) which I thought was rather steep and the museum seemed a bit opinion heavy. I like a factual museum. It was interesting to learn a bit more about NZ’s history though.

It was fantastic to see the Bay in two different ways. Sunday was a little overcast, we drove (sailed?) out into the bay and moored up. Howsey promptly popped on a diving outfit and asked whether we dived… Megan and I said that we’d both tried it, but when he explained that he’d be going down 20m into the murky, sandy depths, to catch Crayfish, we opted to stay on the boat.

Ben immediately got his swim cap and nose peg out and started doing laps of the boat, whilst Megan and I snacked on the cooked Crayfish that Howsey had brought along that he’d caught yesterday, and had a beer. I felt rather sea sick whilst we were moored but I think the beer helped a little (sailing sister Iona insists that one alcoholic drink helps the inner ear get settled) and once we were on our way again I felt great. 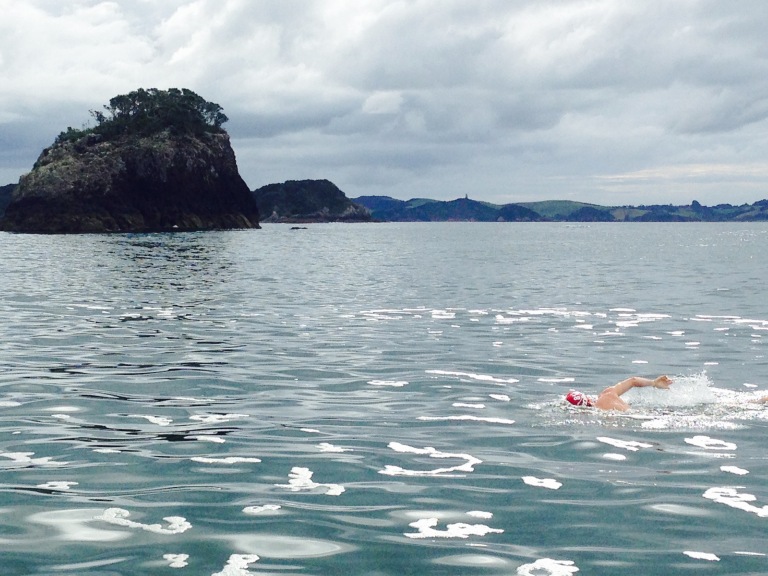 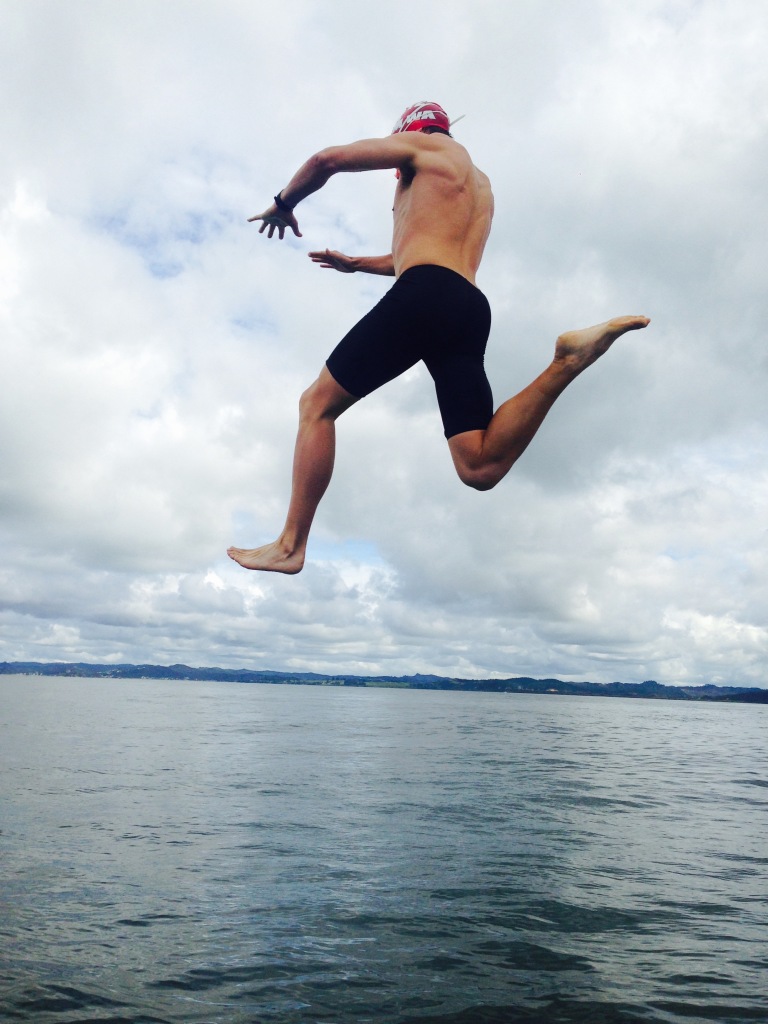 Apparently are strict rules about the size of Crayfish you can catch (i.e. you can’t get them whilst they’re too small) so Howsey had to get out his Crayfish ruler (yep, that’s a real thing) and Ben had the fun task of throwing the ones that were too small back in, as they snapped away at him!

It was a good thing we stuck to the rules because when we got back to shore there was a man in high-vis set up in a little picnic chair, he claims that he was just doing a fish survey but we suspected that if they’d been below limits he would have whipped out his department of fisheries special ID!

Ha it reminded me of when I worked on a burger stall at Notting Hill Carnival a couple of years ago. We’d just got set up for the day and a young couple came over to check out the burgers. They asked if they could buy a beer so we got one from the back and they promptly flashed their trading standards IDs. Oooopsy. Talked our way out of it though and continued to sell Red Stripes and Coconuts laced with rum for the weekend!

That night, we left Ben on the sofa happily eating ice-cream and watching rugby and Megan and I went for a little dinner date over in Russell at the Duke of Marlborough hotel – which boasts the oldest liquor licence in NZ. This had been recommended by my friend and old housemate Kristina who recently moved to Wellington. It’s a good thing we booked as it was jam packed.

It ended up being the most efficient dinner ever. The ferry between Paihia and Russell only runs every hour each way, so we caught the 6.30pm one out. We were seated by 6.45pm and decided to share a shoulder of lamb. It was quite a cold evening so having lamb with roast potatoes, veggies and a glass of red was such a treat! The food came very quickly, so we’d polished it off by 7.30pm. At this point we realised that it was feasible to get the 8pm ferry back to Paihia, but there was a delicious sounding pudding so we ordered that, and like magic it also came within minutes, so we paid the bill as we saw the ferry pull into the dock and hopped back home. Full and content, as we were getting into bed at 9pm (wild!) we realised that we’d still be waiting for the next boat!

Monday was ANZAC day. I was naughty and slept just too long to make it to dawn service. Ben went for a run about 6am so caught the service, I joined him about 7am and we went up an awesome track behind the school in Paihia which snaked uphill through the forest to a viewpoint over the town.

Our ‘Hole in the Rock’ boat tour set off at 9am. I was AMAZED by the number of people that had paid $100 to go on this tour and slept through the entire thing!!! There were various tourists with their scarves over their heads just having a snooze. So bizarre. And it’s not like Paihia’s a massive party town so I doubt they were hungover…

It was a stunning day, and, WE SAW DOLPHINS! I love dolphins. And got so excited that Megan questioned whether I’d ever seen dolphins before, haha. Better than in Milford Sound when I thought I saw dolphins, and announced it to the entire boat, and everyone went outside, and then Ben suggested quietly to me that I may have just seen the wake…. I haven’t lived that one down yet.

It took about 3 hours to drive back to Auckland and we went for dinner with Megan’s friend Mel who was over for work, before an early night because of a 3am wake up on Tuesday to get a 6am flight. Benefit of time difference on the way back means we were back in Sydney by 7am and ready to work (albeit from home) by 9am!

Despite the early start it was well work it for a fantastic weekend away!! 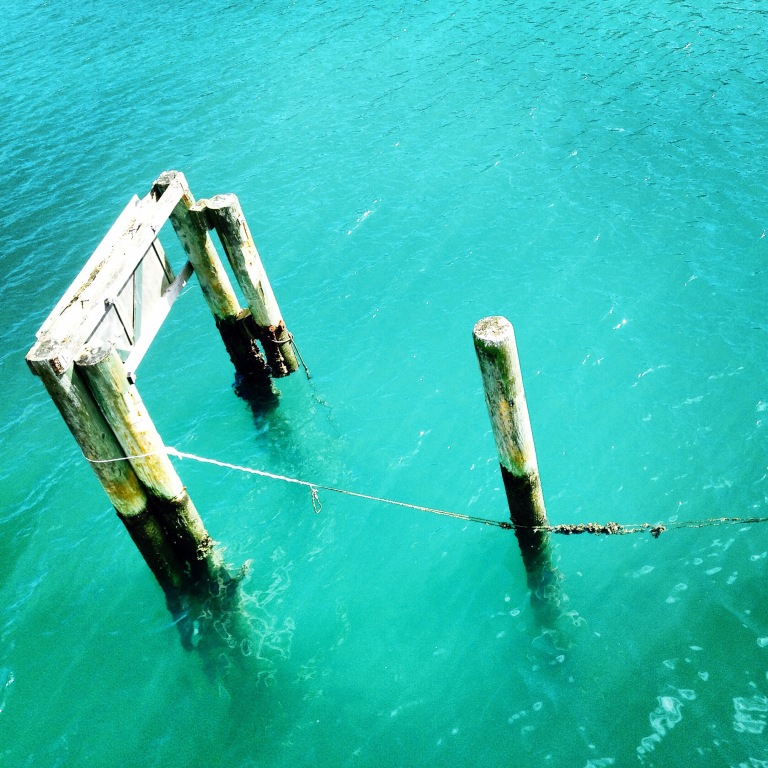 Go forth and travel 🙂 Xx