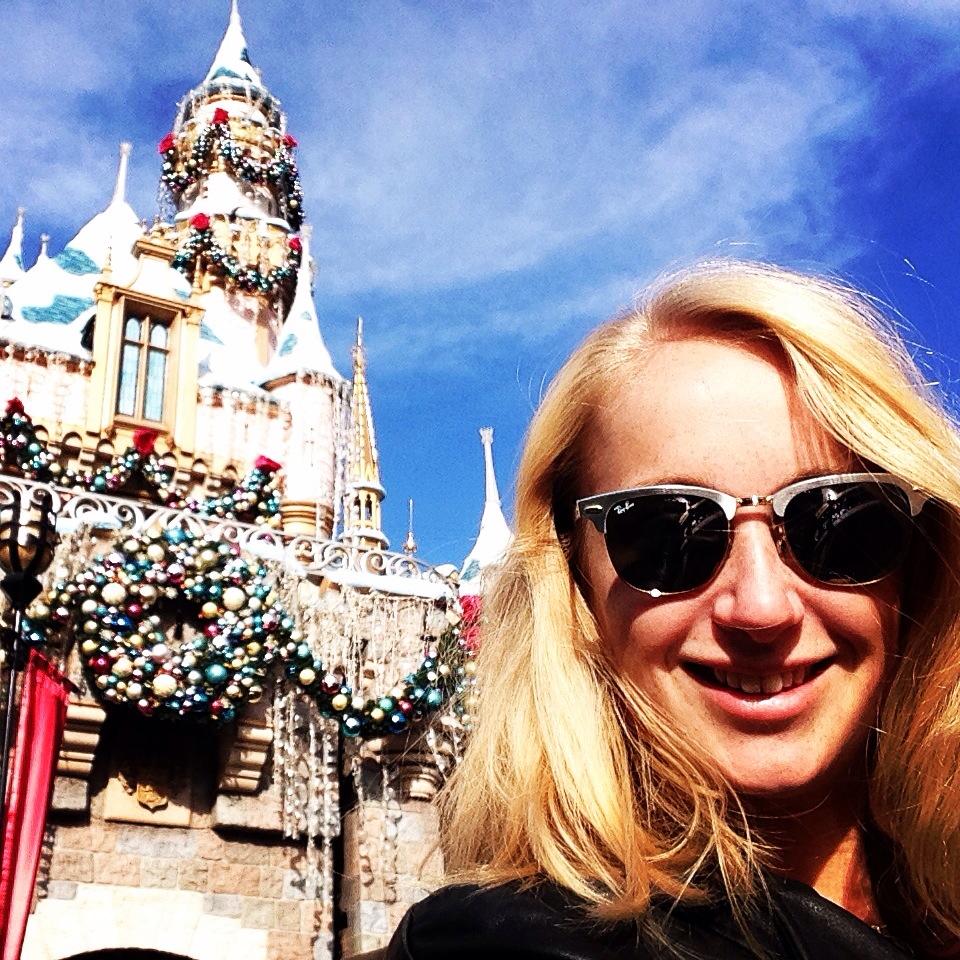 Venice beach has a far worse reputation than it deserves.

Everyone I told that I was coming here said something along the same lines which was basically “it’s so superficial/full of freaks working out”.

In fact, I could see myself living there most out of any place I’ve been in the states (other than Yosemite being a bear ranger, but that’s a whole different league…)

When I was younger it seemed that every other kid in the world had been to Disneyland.

As the youngest of 5 kids, with 12 years age difference, I think that a family trip to Disneyland would have been a) emotionally challenging and b) bankrupting for my parents.

So I decided that as an independent adult, I would seize the opportunity of only being 30 mins away to go for the day.

In LA there is Disneyland (Classic) and California Adventure Park. I did a bit of research before to find out which I should go to if I only had one day. The overwhelming consensus was Disneyland Classic so off I popped. The ticket was $96 for the one park for the day, and an extra $60 if you wanted to get both parks.

What shocked me was that tickets for kids aged 3+ were $90, only a $6 discount for a child! Obviously capitalising on who the majority of customers are.

Firstly reflection on the day: it was a mistake to go to Disneyland rather than Californian adventure.

I was expecting far more exciting rides but Disneyland only had 4 “roller coasters” and they didn’t even have any loop-the-loops (the acid test).

I went on Space Mountain (most fun but long queue), then Indiana Jones ride (I got to go as a “single rider” 😂 so less queue), then the Matterhorn bobsleigh ride (average ride but single rider passes) and I then queued for the Thunder Mountain ride but about 45 mins into the queue they made an announcement that the ride had broken down so we had to leave the queue!

By this point it was about 3pm and I’d walked all around the park and done all the big rides that I could. Disneyland didn’t shut until 1am, with a firework display at 9pm.

I weighed up staying, or paying the entry to the other park (I didn’t know at this time that it had the better rides!) but decided I’d had enough of queuing and crowds and crying children so called it a day and got on the road up to Venice beach.

Second reflection: the amount of crying children was astonishing!! I wanted to say to them “do you realise you are at DISNEYLAND…you have probably been asking for this all year!!” but equally I could completely see why it must be so exhausting for children and their parents alike. I mean I’d had enough by 3pm and that was just from navigating myself through the queues, let alone trying not to lose a child (I saw quite a few crying parents too!) or pushing a push chair.

I can imagine the dilemma if you’ve paid $500 (just for tickets, let alone food) for your family to go that you then feel you have to make the most of the day, and stay as late as possible, despite everyone becoming tired and snappy!

I’m still glad that I went, just to have seen it. I can see why it is more exciting for children, because there’s lots to do, just not big rides, but it’s things like queuing for an hour to meet Mickey Mouse, which I just couldn’t bring myself to do.

Having bailed early I then drove on to my unique accommodation in Venice beach…a trailer! I’d come across it on airbnb, a little caravan in the back garden of a photographer.

It was fantastic, about 10 minutes walk from the beach, nearby lots of independent shops and great food places, and the trailer was SO cosy.

It was unusually cold for California over Christmas and new year, and having sent all my warm clothes back to the UK with James I was worried how cold the trailer would be at night. But I needn’t have as it had a little heater and an electric blanket, it was wonderful.

My first evening I strolled down to the Venice beach boardwalk to watch the amazing sunset.

I then stumbled across a place on the beachfront called the ‘Venice Ale House‘ that seemed really buzzing. I stopped there and had a delicious tuna steak and a couple of drinks, and then made my way back to the house.

When I got back the host Tao had a friend over and I joined them for some wine and a make shift bonfire in an oil barrel. Tao had been given what can only be described as ‘trendy kindling’ for Christmas, with a little handwritten label and infused with eucalyptus and other smelly things so we ended up with a lovely fragrant bonfire.

The next morning I decided to integrate myself in the Venice beach exercise scene by going for a run along the beach up to Santa Monica pier.

When I got to Santa Monica I saw the ‘beach gym’ with huge monkey bars and pull up rings. I watched a few people working out but doubted my strength so didn’t try it myself!

I hired a ‘beach cruiser’ bike for the day and cycled up Abbot Kinney boulevard (a road stuffed with great bars/restaurants/shops) to a little place called GTA (Gjelina takeaway). It did incredible breakfast toasts with avocado, radish, prosciutto, mmmm.

It was very strange spending $20 on breakfast when in Guatemala that would get me a private room for the night!

I cycled back to Santa Monica to work up an appetite for lunch. I went to a sushi place called ‘Sugarfish‘ which was superb. I got the “trust me lite” menu where they just mix different dishes together for you. Would definitely recommend it.

That afternoon I cycled back to Venice. En route I met a French guy who was skateboarding along that path and asked to hitch a lift with me. I let him hold onto my saddle basically the whole way back to Venice, a good workout!!

As you have probably picked up by now, my time in Venice consisted mainly of eating, drinking, chilling and exercising. No wonder I liked it so much.

That night I popped back to the Venice Ale House (if it isn’t broken…) and had a gigantic plate of nachos and met a lovely couple from Venice called Tori and Nick who were drinking a ‘skateboard sampler’ of beers: a skateboard with the wheels locked and various holes in the board to hold 8 different beers.

Other excellent eats were the Rose Cafe for brunch, the pizzas from GTA and Zinque for teas and snacks (a good place to sit with a laptop!) I didn’t get around to trying the ‘Tasting Kitchen‘ on Abbot Kinney but apparently it makes the best cocktails in Venice.

I had been contemplating travelling to Joshua Tree (a national park in the desert east of LA) for the 2 nights I had before NYE in Vegas but I couldn’t find any available accommodation there that wasn’t about $500 a night.

I went for a walk to what is presumably the namesake of Venice beach, the canals. Sadly they were pretty underwhelming, there was barely any water in them (I’m not sure if because of the California drought they weren’t filling them!) but some of the houses along the edge were pretty spectacular so I did some more “I wish…” window shopping.

I walked along the boardwalk as well and could see the aspects of Venice that people don’t like. There are tonnes of tacky stalls and people trying to sell you stuff. There was also a startling number of homeless people, I’d heard than San Francisco has a bad homeless problem but in Venice it was so sad as practically the whole seafront had people sleeping under tarpaulins at night.

I spent some of the day booking my accommodation for Vegas and Fiji and then went for another run to Santa Monica pier. Tori and Nick had told me that the Ferris wheel had pretty great views at sunset, so I found myself at my second amusement park in 3 days, once again one of the very few people without a friend or a child.

When I got to the front of the queue for the big wheel they said “sorry no single riders” 😳 whaaaat. I said that I was happy to share my little teacup thing with others so they put me in with a young couple and their cute daughter who was terrified at first but loved it by the end.

I think I’m developing a pretty thick skin for doing things solo, in fact I’m quite enjoying it.

I then went on the roller coaster on the pier, which was actually more scary than any of the rides at Disney (although that isn’t saying much!)

By the time I was finished it was dark so I did a fast run back to Venice and up to get a pizza from GTA, I also got an apple crumble slice. There was an imaciated 50-something woman next to me and looked at the pizza wide eyed…”oh honey that looks incredible, today must be a carbs day!”

I had a final wonderful sleep in the trailer and then set off early the next morning for the city of sin…Las Vegas!! 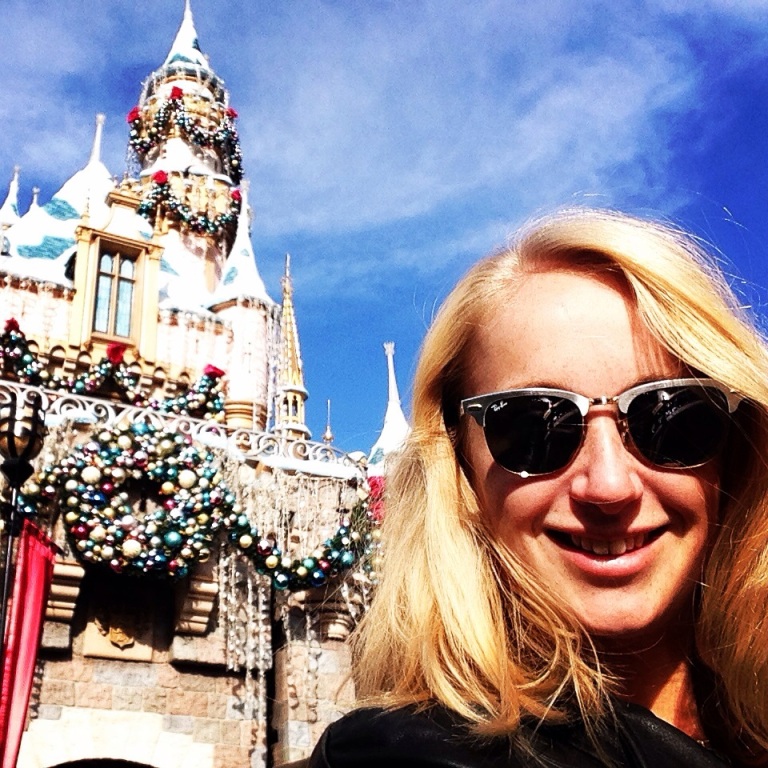 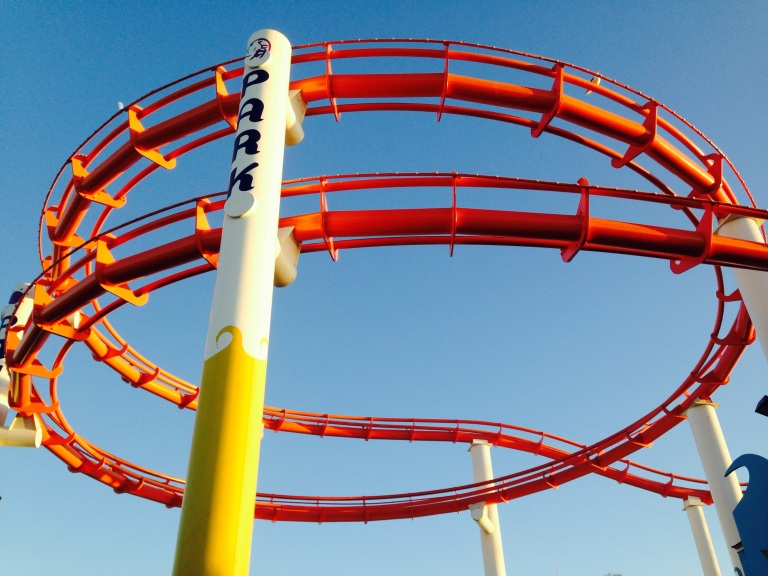 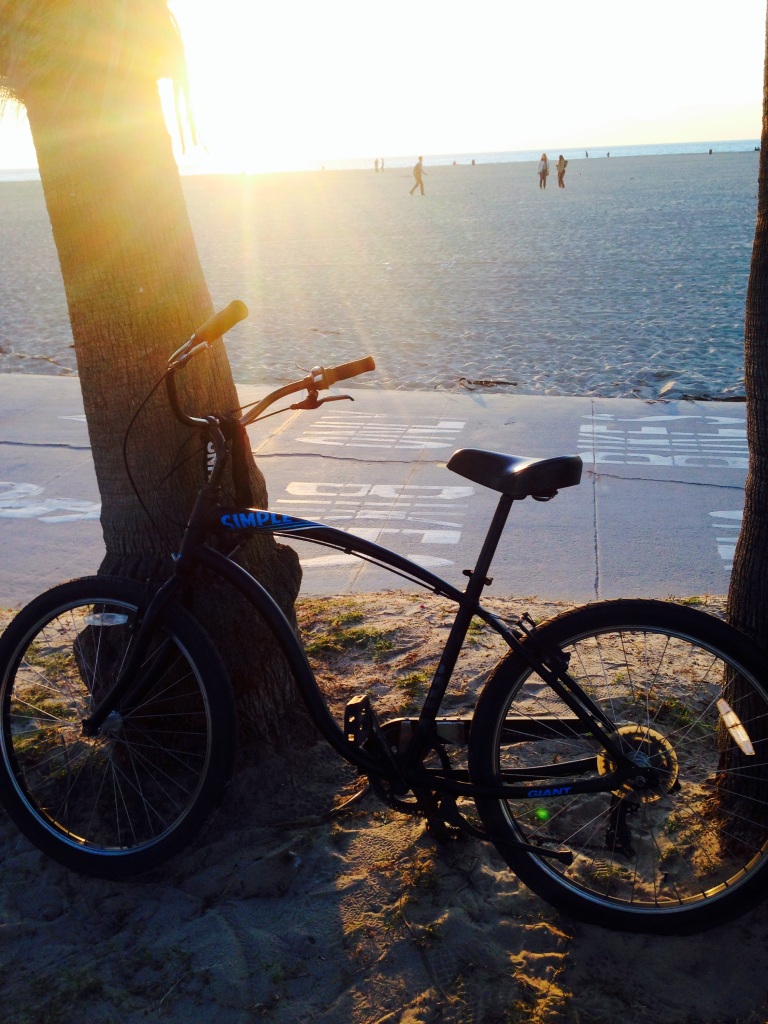