The first part of the drive from Monteray down the Pacific Coast Highway (Highway 1) was stunning!

I opted not to take the ’17 mile drive’ which is a winding road just south of Monterey taking you past rich peoples houses and golf courses. Mainly because I had 300+ miles ahead of me that day to get to Newport Beach where I was spending Christmas so needed to get on my way.

Highway 1 is considered one of the ‘iconic’ drives in the USA, it hugs the coastline and has incredible views as you head south, passing through Big Sur national park. I was a little confused by Big Sur as I’d heard a lot about it and expected it to be a town or something rather than the park, so when I suddenly saw a sign saying “thank you for visiting Big Sur’ I was a little shocked.

Probably my favourite part of the drive was seeing the elephant seals at the beach just north of Hearst Castle. At first I thought they were just giant rocks on the beach, but when I saw the parking area with hundreds of cars stopped I realised it must be something more. I learnt many excellent seal facts from the helpful volunteer staff (please skip to below if not a seal fan):

The males have the ‘elephant head’ whereas the female just have regular seal heads;
Mating season is Dec – Feb;
The females come up to the beach to have their babies, nurse them for 1 month and then get pregnant again;
The babies have to learn to fend for themselves so often stay another couple of months in the shallow rock pools;
Although the gestation period is 11 months in total, their bodies don’t fertilise the egg until 3 months after getting pregnant to give them a chance to recover;
Both the males and females fast during mating season, the males lose a huge portion of their body weight (they can weigh up to 3000kg);
The beach at Hearst Castle is ideal for them as it has a kelp reef about a mile out which deters their main predators: whales and sharks.

These were my key facts learnt on the journey.

After the elephant seals I stopped for lunch in Santa Barbara. It was about 2pm and my friend Alec who I was spending Christmas with had told me he’d be home from work about 7pm, so I thought I’d have a gentle cruise down to Newport. WRONG.

After Santa Barbara the route took me off Highway 1 and onto freeways (motorways) in and around LA. I’d heard that LA traffic was bad but oh my goodness, it was SOLID for miles and miles. It got dark, I was still stuck in traffic, we were moving about 5mph. The road surfacing also isn’t great on some of the freeways, so as I drove the car was making a regular “thunck, thunck, thunck” sound and I could feel it bouncing. I was terrified that I had a flat tyre, so ended up heading to a petrol station and amateurishly kicking the tyres to test. All felt okay but by this point I think I was slightly delirious after about 10 hours of driving.

I eventually made it past LA and to Newport Beach for 8.30pm. Alec’s family had already arrived so we headed straight out for dinner, I felt bad as I was so zonked I’m not sure I made the best first impression!

The next day was Christmas eve. We drove down to San Diego airport to pick up Alec’s older brother Sam who’d just flown in from NY. Then we all headed to the San Diego “old town” for a look around. It was a very bizarre place, it was set up like a ‘Ye Olde Wild West’ town, with all these little wooden shops, but it did seem like it had been built recently to look like that and draw in tourists rather than being actually old.

We went for a lovely Mexican lunch in the old town and then drove to La Jolla beach where there were yet more seals (no elephant ones though, just regular and sea lions!) I managed to get hit in the face by a frisbee as I walked across the grass near the sea, I then tried to throw it back to the people and it flew into a buggy :O the baby’s mum was naat impressed.

The next day was CHRISTMAS!! I woke up early, excited of course, and facetimed with my parents and my oldest sister Emily. I tried to make use of the website ‘Appear.In’ that my friend Rosie introduced me too, whereby if everyone who wants to speak enters the same unique URL, you are all taken to the same video call, like a group facetime/skype. In the end the rest of the Wallis clan were doing their own Christmas things though so we will have to try it another time.

Alec and I headed over to the beach house that his family had rented for the week which was just a few streets away from his place. In fact we walked along the beach, him in his santa hat and me in his uncle sam hat. An excellent start to Christmas.

We had a wonderful Christmas lunch of BBQ’d lobster and prawns, fresh fish and delicious salads (along with roast potatoes and sprouts of course!) We divided up cooking duties and I was in charge of: scallops, swordfish, and a mysterious fish that Alec’s Dad thought was perhaps called “Obe”. I googled “Obe fish”, “Obi fish” even “Oboe Fish” to no avail. So in the end I decided I would just cook this enigma in the same way as the swordfish, and none of us were poisoned so success!

There always has to be one casualty of the Christmas meal and in this case it was the sprouts. They were oven roasted and looking wonderful, but as they were removed from the oven, the cooking dish obviously couldn’t handle the heat and shattered in Sam’s hands, firing glass and sprouts all over the kitchen. We were lucky it wasn’t worse actually as in the end the only injury was to the meal and not to any of us.

Once we’d eaten (and digested) we headed onto the beach in the fantastic Christmas t-shirts that Alec’s sister Nell had made for each of us. I thought it was so kind of her to have made me one too (mine had a Christmas tree) as it really made me feel included in the family Christmas 🙂 The t-shirts attracted many compliments.

We completed the Longair family tradition of a Christmas day swim. Apparently California was much warmer than their childhood swims in Northumberland, although it was still reasonably chilly. We managed a few minutes in the water before rushing back to the house.

I suddenly realised I didn’t have my phone, so headed back to the beach to hunt for it, and was so lucky to find it near where we’d gone in to swim. Obviously in the excitement of the swimming I’d just decided to throw it into the sand!

The day was not over yet! That evening we were heading to the LA Clippers v.s. Golden State Warriors basketball game in LA. I preferred the team colours of the GSWs (blue and yellow) but the Clippers were the home team, and the staple centre was selling Clippers FOAM FINGERS, so obviously I immediately became a clippers fan.

It was a great game, clippers were losing for the first 2 quarters but brought it back to win. There was a Mexican wave. I had an iCEE drink. Life was good. (The ICEE actually gave me quite a bad stomach ache…but that could have just been the excitement!)

We were all tuckered out after the game and an all round excellent Christmas day so headed back to Newport beach. Boxing day we went to Huntingdon Beach (just North of Newport Beach) where we were considering swimming, but when we got there no-one really felt like it, we’d got our swim points the day beach! So we strolled along the pier instead and got ice-creams and watched all the boxing day surfers.

There were two little kids who must have only been about 5 and 7 who happily waved bye to their Dad and confidently paddled out into the waves. They’re going to be pretty cool when they’re older…

It was around lunchtime when we made a spontaneous decision to head into LA proper for the afternoon. We drove in convoy to Rodeo drive and had a little gawp at the expensive shops and stereotypically “LA” people.

The car driven by Stuart (Alec’s uncle) had managed to glimpse the ‘HOLLYWOOD’ sign on their drive in, which our car hadn’t. So after lunch we went on a hunt. This was actually a pretty effective way of seeing the city whilst we weeved towards the direction of the sign, occasionally spotting it between buildings, only for it to be obscured again around the next corner.

We turned a corner and found ourselves right on the boulevard of the stars so Alec’s dad Robert and I hopped out for a quick snap. We then continued the hunt and eventually concluded that the best way to view to sign would be on the freeway. This was Alec’s suggestion and coincidently this was the same freeway that would take us away from LA and home 😉

Alec’s mum Laura was charged as lead photographer. So she had to wind down her window as we whizzed along the freeway and attempt to get some pics on my phone. There were a couple of the inside of the car but given the circumstances she did a fantastic job and we ended up with a non-blurred distance shot of the sign. Mission complete. I wasn’t even an aim of mine to see the sign, but once the chase started it was such fun and became my number 1 life goal for that hour.

We made it back to Newport beach in time for an evening boat cruise around Balboa island that Stuart had organised. Some of Newport beach is a peninsular, so behind that is a little harbour area with an island in the middle. The residents appear to have a competition as to who can have the most excessive Christmas lights and the boat cruise takes you around the harbour to look at them. The temperature had started to drop at this point so it was a very wrapped up affair, lots of people seemed to have come uber prepared with blankets etc but hot chocolate also did the job

The next morning I said my goodbyes to the Longairs as they were driving up highway 1 to San Fran, and I made my way to Venice beach, via a childhood dream…Disneyland!!! 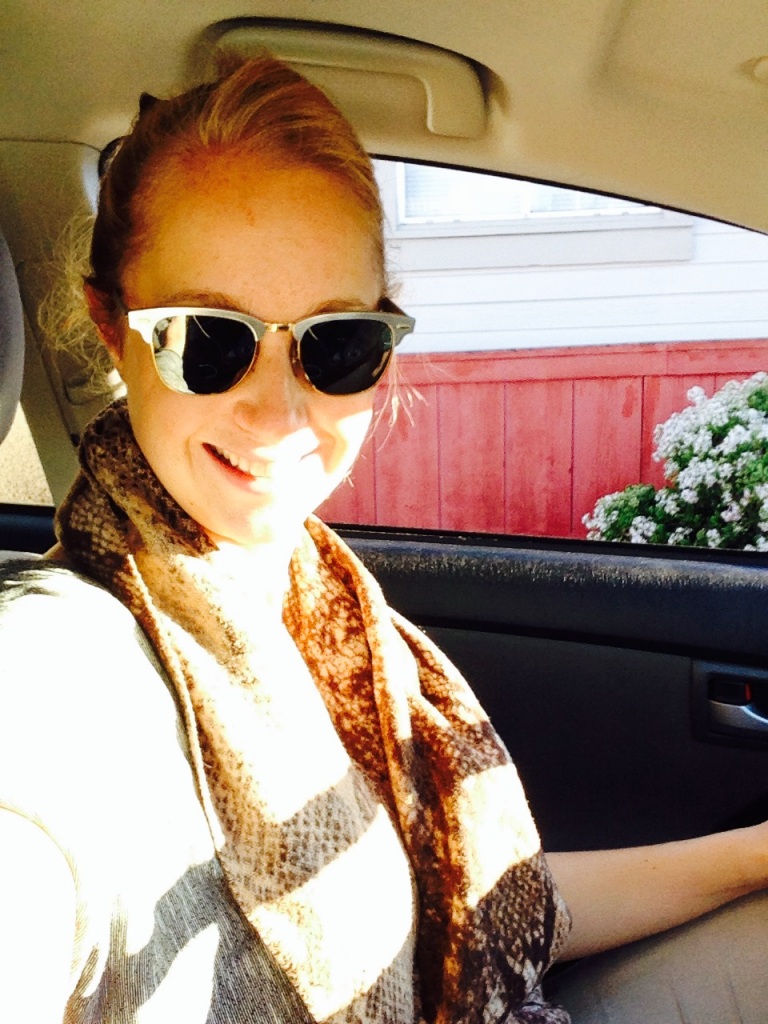 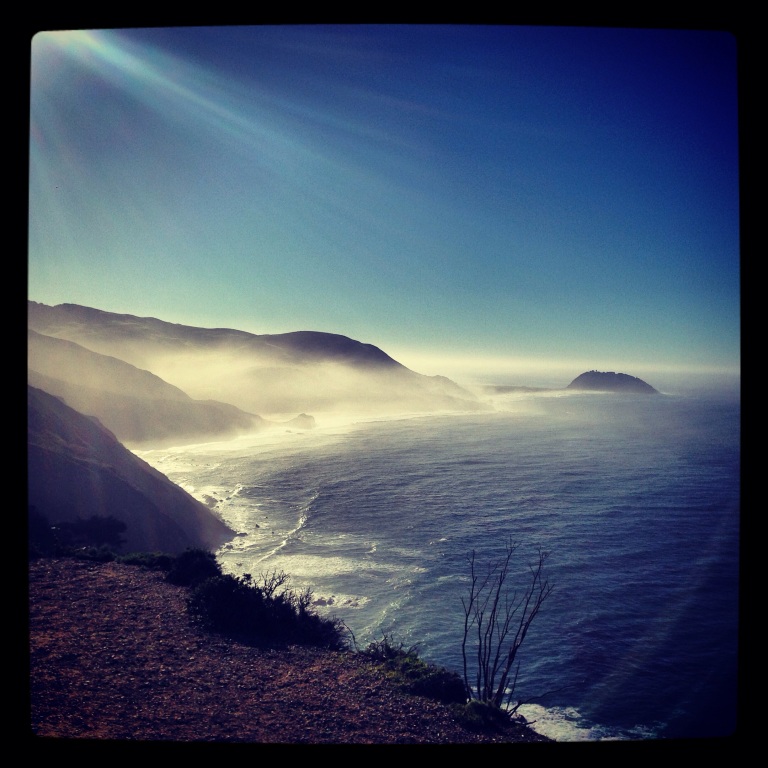 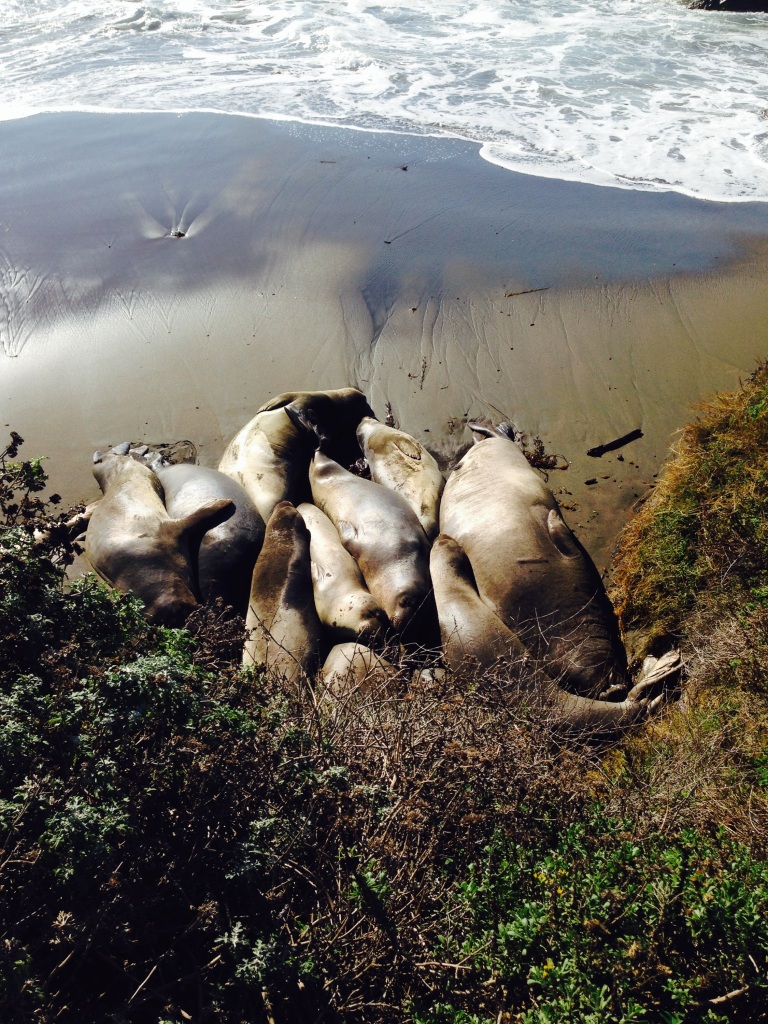 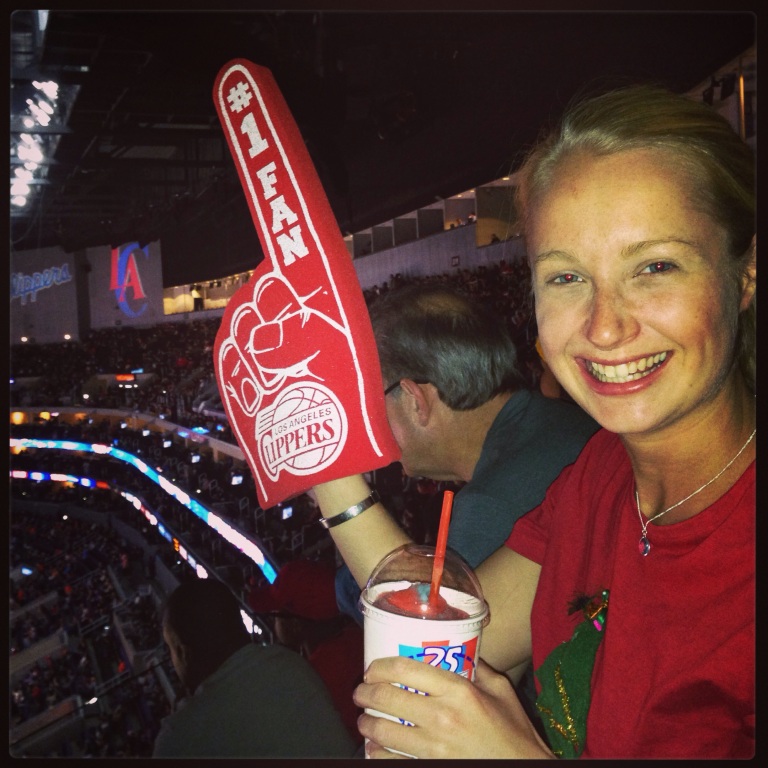 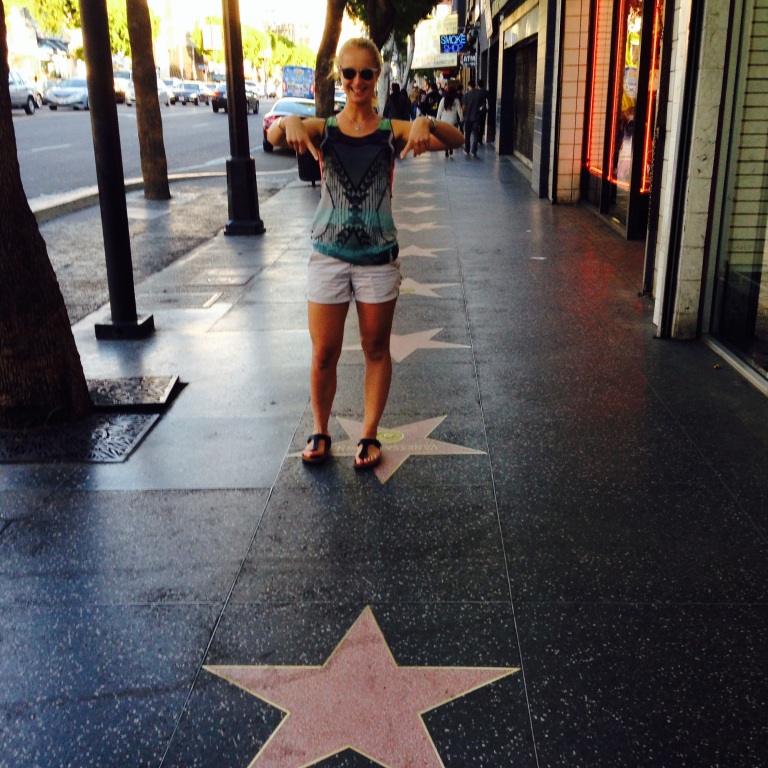