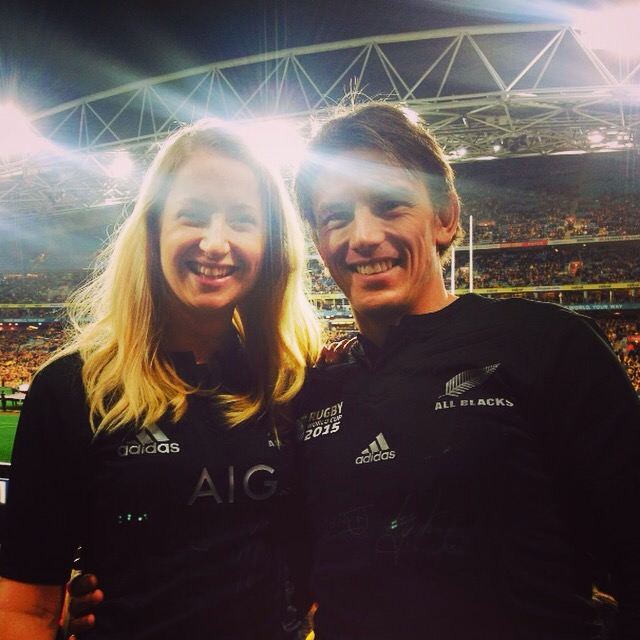 Usually I try to pack a few days ahead of a holiday, rather than a few hours…

However for my recent adventures in NZ we ended up flying out 5 days earlier than planned due to a family bereavement.

We made the decision just after lunch and by 6pm we were at the airport ready to fly. We landed in Christchurch at 1am (Kiwi time), picked up a hire car and drove 400km through the night down to Dunedin, arriving at 6am.

There were only a couple of nights in Dunedin on the original itinerary and it was great have some more time there to meet Ben’s family and friends, and there was lots to keep us busy:

It was well worth the $28pp for hour long guided tour around Speight’s brewery.

Speight’s is a bit of a NZ institution, and Ben had me watch all of their ads on YouTube before we went on the trip.

Perhaps the highlight of the tour is the half hour in the tasting room, where we had free run over the taps. They wisely saved this until the end.

Ben and I bought matchy-matchy Speight’s beanies which you’ll see featuring in various pics. We got a free frisbee with the hats…which came in use in Queenstown at the frisbee golf course…naturally!

Speight’s wasn’t the only tour worth doing in Dunedin, we moved straight on from the beer buzz to a sugar buzz at:

The Cadbury’s World tour was $22 for an adult for the full tour, which included a stroll around the factory floor (hairnets and all!), liquid chocolate tasting, a 1 tonne chocolate waterfall and goody bags to take home…Ben was feasting on ‘Pinky’ bars the entire road trip around the South Island.

Growing up in Oxford I only lived about an hour from the Cadbury’s World in the UK, but as a deprived child I never visited (no disneyland, no ballet lessons, no Cadbury’s World…how did I turn out okay? Or did I?!)

There were tonnes of new and exciting Kiwi chocolate brands that we don’t have back home:

Sadly Ben’s little 2 year old nephew Fletcher got sick (before, not due to too much chocolate) so he couldn’t come along.

There was more to do in Dunedin than just eat and drink though, and Ben was a dutiful tour-guide and showed me tonnes around the local area:

– Otago University (had an Oxford-esque feel to parts of it and students/uni staff account for c 25% of the town’s population);

– Otago Peninsular (where we saw what I thought were albatross…we WERE at the albatross centre after all… but Ben crushingly informed me were just seagulls. Although he was keen on my favourable sizing estimations!);

– The world’s steepest residential street (terrifying to drive up and there is an annual Jaffa chasing competition down it!)

It had snowed in the days before our arrival and we drove up into the hills for a good old fashioned snowball fight. 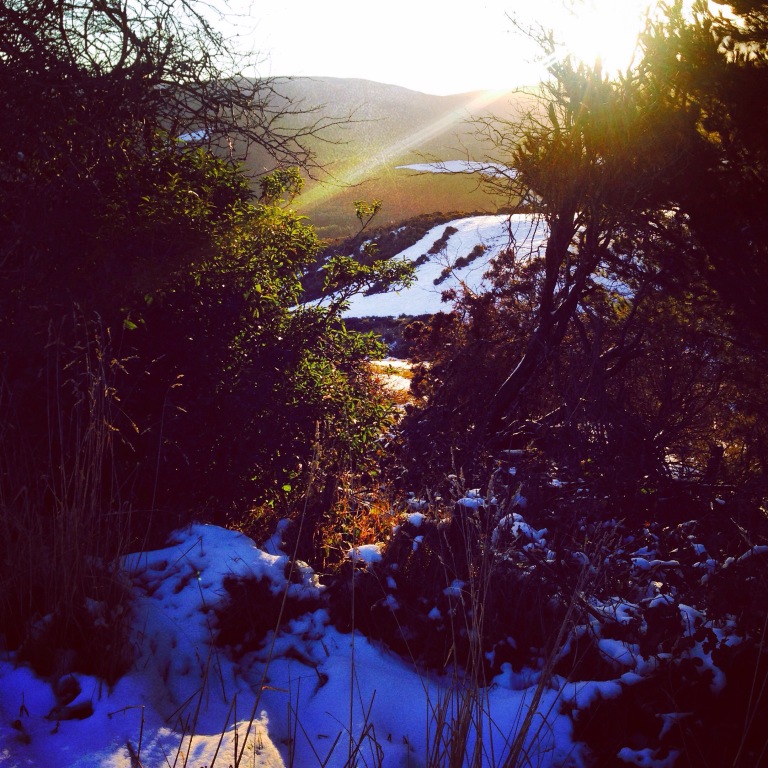 We also got up close and personal with the local wildlife when we spotted a rogue cow on the loose by the side of the road.

Zach (Ben’s brother) called the local police, who were obviously versed in dealing with such things and called pet-rescue or animal-farm or something like that! By the time he eventually arrived Clarence the cow had made his way into someone’s front garden and was merrily chewing away at their plants.

Apparently Clarence had broken free the day before and the same Ace-Ventura had been sent to retrieve him so he wasn’t very impressed.

We were provided with high-vis jackets to stop the traffic and I’d barely had a chance to get mine on before Clarence had been clapped across the road and through a gate back to his bovine buddies.

We’d had the campervan booked from Christchurch from the Saturday so after 4 days in Dunedin drove back up the coast to Christchurch.

We stopped off at the Moeraki Boulders on the drive up, whilst they were impressive at the time I’d love to see them at sunrise as the photos look magical! 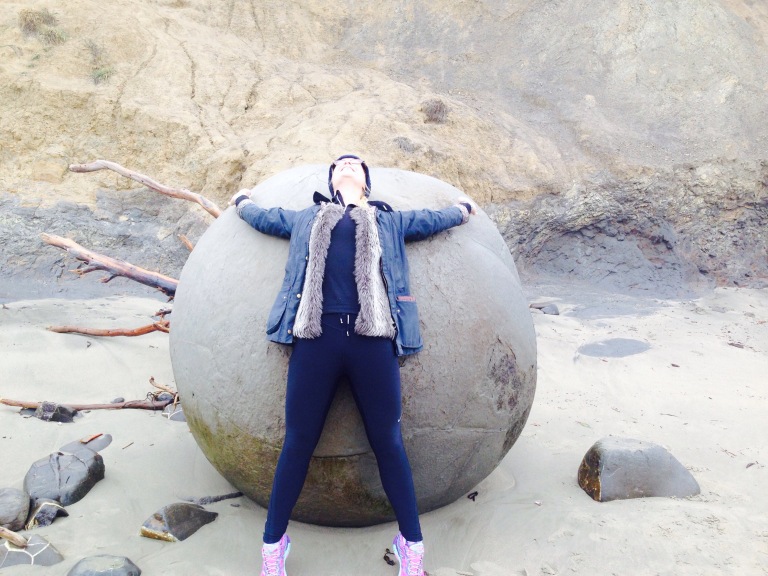 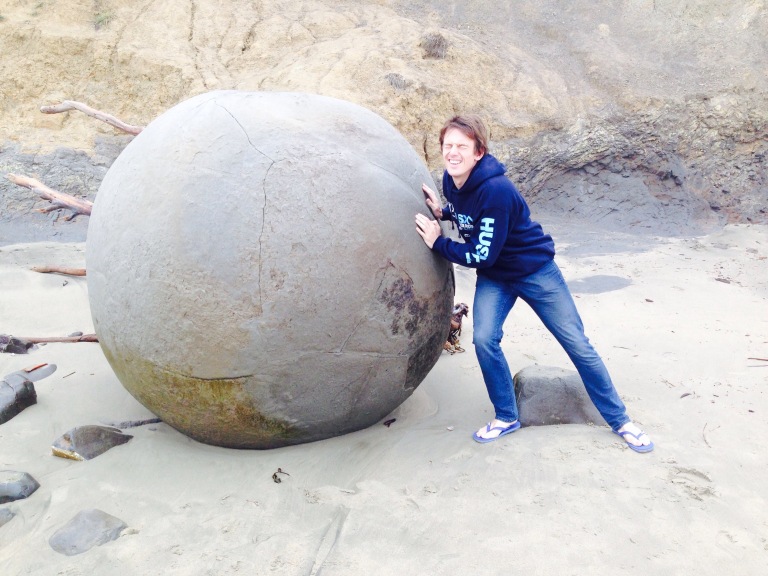 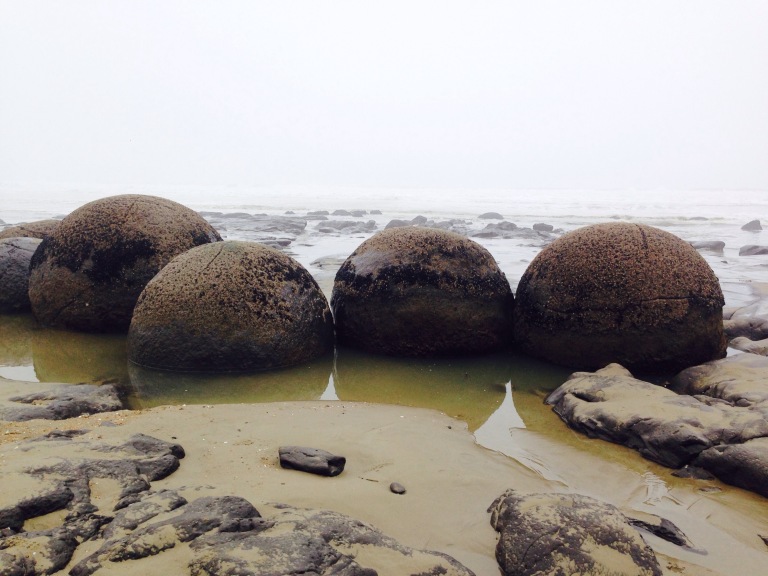 There was one more essential stop on the drive up that Ben made sure we wouldn’t miss…COOKIE TIME!

This is the factory shop for a loved NZ cookie company and Ben was so keen to get a bag of broken cookie bits that we stopped outside at 2am on our first journey down. It was closed. Obviously.

Since we were driving back at a more sociable hour we were successful and bought 1kg of cookies (1kg!!!) which I’m ashamed to say were gone before the end of the trip.

Once we arrived we swapped our rental car for the Britz Bus – our home on wheels for the next 9 days. See my previous post for more details on the van!

Our first outing in the van was to the International Antarctic Centre, which was conveniently situated virtually next to the Britz depot out near the airport.

As it was getting late in the day we bought the ‘Xpress admission’ ticket for $39pp rather than the ‘General Admission ticket’ for $59 (note you can get these for $32 and $48 respectively if you book online). The express ticket just excluded the 4D cinema and riding the ‘Hagglund’ (snow mobile-esque thing).

We were just in time to see the penguin feeding, although they obviously weren’t very peckish penguins as only a couple jumped into the water to feed. One had a gammy-wing which meant her swimming style looked a lot like mine! 🙂

Then it was time for the ANTARCTIC STORM…duh duh DUHHHH. This was my favourite part of the visit. We were shut in a snow chamber where winds of c 50kmph blew and the temperature dropped to -20 Celsius. I rather resembled a penguin huddling up to Ben/random strangers. 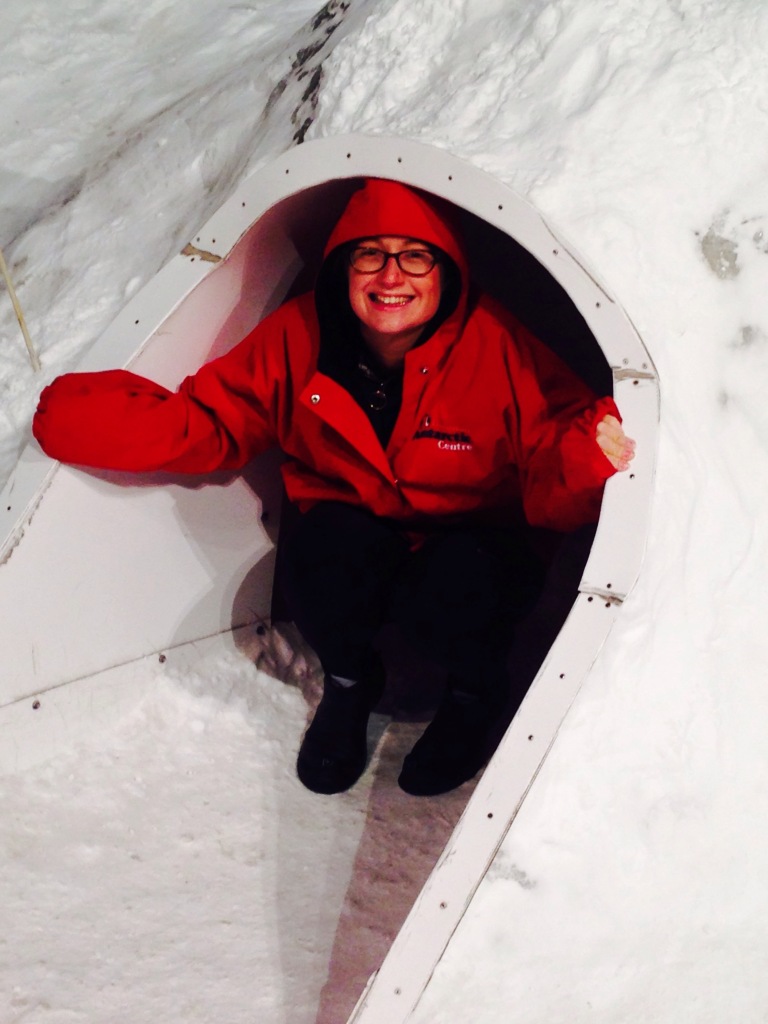 As if this wasn’t enough cold we then decided to compete in the ‘how long can you keep your hand in Antarctic temperature water’ competition. So mature. My competitive nature overrode my nervous system and i gritted my teeth for 47 seconds until Ben finally gave up. 🎉 1-0 to Caitlin in the great NZ GAMES (to be continued…..)

Then we spent Saturday night in Christchurch with Ben’s friend Cressy and his very-soon-to-be-wife Rebecca and their ADORABLE cat Winston.

I wish I had taken a photo of Winston to share with you but he was the most beautiful cat. A British Blue who was super furry and distinguished.

Saturday night we went to their local pub in Cashmere for the second Bledisloe cup game between the All Blacks and the Wallabies. It proved to be a more successful one for the All Blacks than the first test (…’match’, ‘game’ ?) that Ben and I went to the previous weekend in Sydney.

Sunday and we were officially on the road, first leg of the journey down to Wanaka (after performing a 20-point turn to get the camper out of Cressy and Rebecca’s drive!)

They had recommended that we drive via Fairlie to the famed ‘Fairlie bakehouse’ to sample their pies so the route was planned accordingly. They didn’t disappoint – the ultimate steak and the cronut for pudding (which lasted us 4 sittings!)

My next post will tell tales of Queenstown and Wanaka, but quickly back to Christchurch:

Last Sunday at the very end of our trip we dropped the camper back in Christchurch 😦 We stayed in a really cute little AirBnB place and met up with Cressy again who was an awesome tour guide and showed us all around the town.

I had never been there before this trip but the damage inflicted by the earthquakes in 2011 was still so evident. There wasn’t really a ‘town centre’ per se, it was more like one huge construction site with repaired/tall buildings being the exception rather than the rule!

There was the option of punting on the Avon River, which being an Oxfordian I was definitely keen for, but it was a little too chilly for that so we went for coffee at the ‘container mall’ – very reminiscent of Box Park in Shoreditch back home.

Over and out for now 🙂