The last fortnight has marked my first ever foray into the world of campervanning.

The itinerary for our trip was as follows:

The trip has been so action-packed that I’ll be writing a post for each of:

The purpose of this current post is to record my newly found pearls of wisdom around the act of hiring and driving a campervan in NZ.

The campervan is a mysterious beast. First…

How do you choose which company to go with?

Well to make things simple in NZ all of Britz, Mighty, Maui and Kea are owned by the same company (THL), with their main competitor being ‘Jucy’. There is also a smaller company called ‘Pod Campers’ who we deliberated hiring through but the Britz seemed to be the best for our needs.

There were 2 of us so we went for the Britz Venturer, which is an automatic (required due to my pathetic manual driving skills) and has its own toilet and shower.

The Venturer is effectively just a Mercedes van with the back fitted out so that the seating can be transformed into a bed. This does mean that either you need to construct and deconstruct your bed daily, or else pack very efficiently so that you don’t need to access anything in the under-seat storage as the bed prevents access.

How to make the bed?

This may sound like a simple task but when the staff member at Britz demonstrated it was all a flurry of cushions and wooden slats. When I tried to replicate it that night I woke to my horror to discover that I had fallen down a crack between the cushions!!! It was traumatic. After experimenting with various arrangements we found that the optimal set-up to avoid crack-gate is as follows:

What does ‘self-contained’ mean?

The benefit of having a toilet and shower built into the van is that it is then classified as ‘self-contained’, which means that you are permitted to ‘freedom camp’.

Freedom camping basically means pulling up by the side of the road somewhere and sleeping there in your van. Freedom camping is largely permitted across most public land on the South Island. There are certain designated ‘no freedom camping zones’, which tend to be by main roads, when nearing towns, in certain view spots (i.e. the shores of lake Wanaka) but these areas are clearly signed.
When freedom camping you just have to make sure that you leave no waste and only use the bathroom in your camper.

We only ended up freedom camping 1 night out of our 8 nights in the van, the rest being spent at powered campsites.

Next…how does it all work?

The Venturer has two different power systems: the stronger power system which powers the heater and the internal power sockets and the weaker system from which you can run the water pump, fridge, lights etc.

The stronger system only works when you are plugged into the mains at a powered campsite, meaning that when you freedom camp there is no means of heating the van. Given we were in the depths of NZ winter it was a little chilly, but Britz provided us with a couple of extra blankets which helped keep us snug.

When the girl from Britz was briefing us it seemed as though there were countless different gauges that we had to continuously monitor to check whether anything was at a critical level.
In reality the main ones were:

– Fresh water (we could fill this up with a hose at campsites, we tried filling it twice over the week but it seemed to stay pretty full!)

– Black water (the loo! We emptied this once mid-week and once at the end at special dump sites at the campgrounds)

How much does it cost?

The vehicle rental cost was about half of this and the remaining half was the Britz ‘bonus pack’ which reduced our insurance excess to nil and included a small heater (which we never used because it didn’t work when not at a powered site and when at a powered site we had main van heater!), snow chains (which we did use!), a full gas canister for cooking/heating water (we used once) table and chairs (we didn’t use), and a couple of other little items. It also included exemption from the road user tax which is a tax on diesel vehicles. 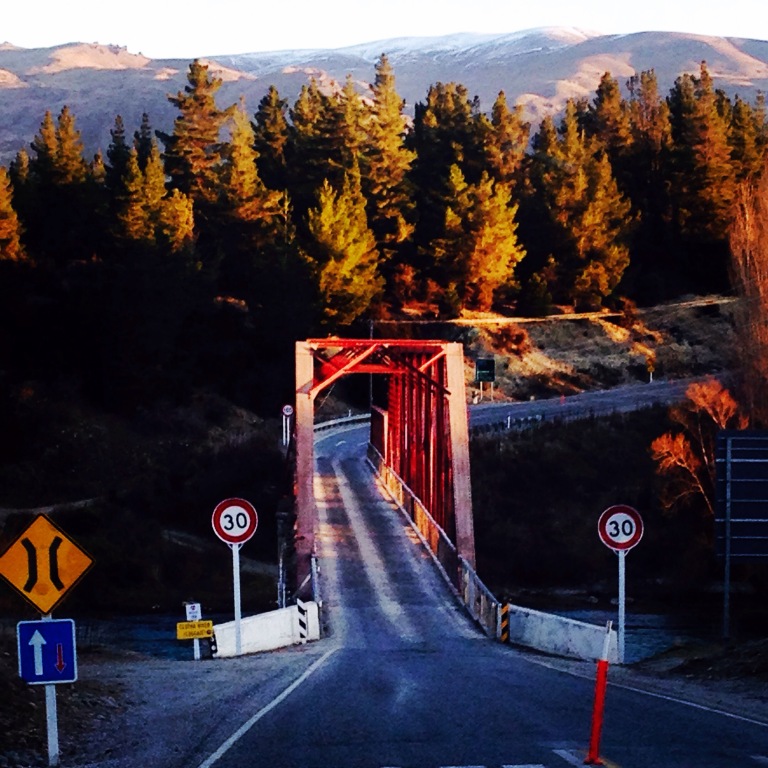 This was the ‘low season’ price and we found that powered campsites charged on average $45-$55 per night for 2 people.

Once you add in the additional fuel cost of running a camper rather than a car (we spent about $300 in fuel to cover c 2000km) it’s questionable whether it’s economically any cheaper than hiring a car and staying in cabins, however it was a fantastic experience and I grew very fond of our little home on wheels.

It was also lovely to not have to lug a suitcase inside every time you arrived somewhere since it was already there!

1) Bring a power board along with you as the camper only had 2 internal power sockets;

2) Bring a lighter socket USB converter to charge devices whilst on the road;

3) Pack smart: compartmentalise! Make sure you have a separate washbag that you can keep easily accessible in overhead storage. If you can get an outfit change for the next day ready when you have your main luggage out then you can avoid taking the bed down;

4) Take a spare bag for laundry and something to transport dishes to/from the campsite kitchen.

5) Consider hiring a 4-berth van, even if there are only 2 of you. In a 2-berth there a no seat belts in the back, so if you’re meeting up with friends you won’t be able to give them a lift anywhere! A 4-berth with the bed in the roof also means you’re not constantly setting that up!

Would I recommend it – absolutely!!

One thought on “Where’s Wallis? Campervanning around the South Island, NZ”