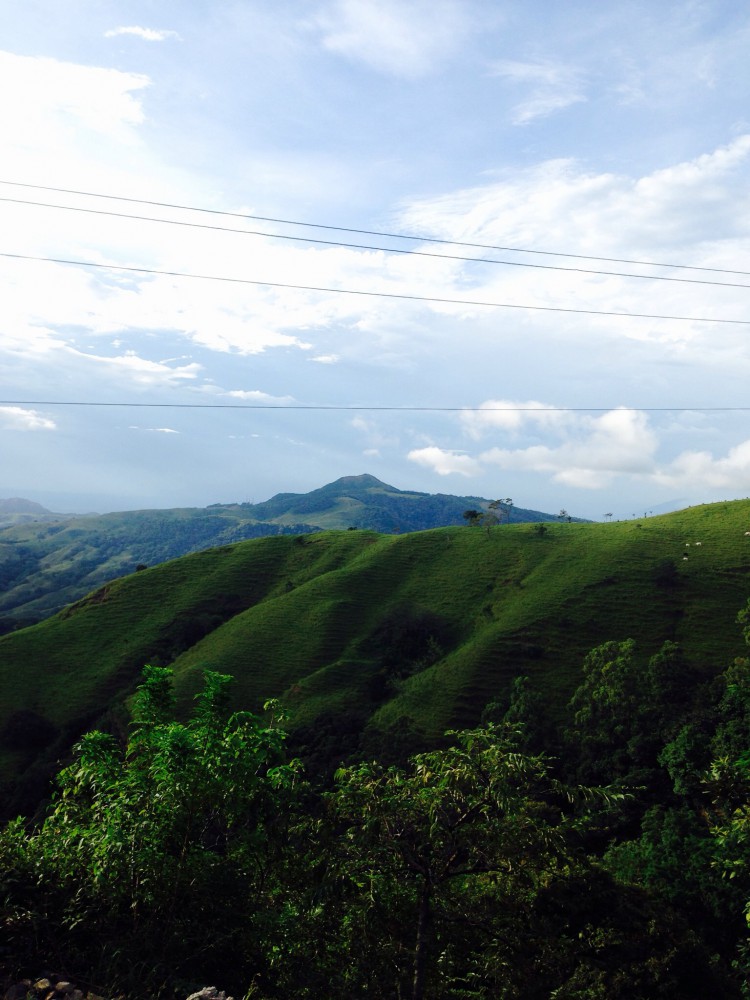 The journey from Manuel Antonio to Monteverde was the worst of the trip so far!

Quepos to Puntarenas was an inoffensive 2.5 hours. We’d been told by the uninterested man at the ticket office (behind one of those stupid screens where you have to tiptoe and shout and then drop 2ft and shove your ear into the cash window to hear…in Spanish!) that we had to get the 7.30am bus from Quepos in order to make the connection in Puntarenas. This turned out to be a total lie – I’m sticking by this and not just that we misunderstood.

So we hopped off in Puntarenas at 10am, strolled over to check the schedule for Monteverde, and saw that the ‘timetable’ for the day was one bus at 1.30pm and one at 2.30pm. HOW is that a timetable? And WHY are the only 2 buses that go the whole day just 1 hour apart?! Oh the mysteries.

The guidebooks said that other than changing transport, there’s not much reason to spend time in Puntarenas.
So there we were with 3 hours to kill in a bit of a non-town. We lugged our stuff to a cafe and had lunch at about 10.30am. We noticed lots of locals coming in with their kids and having some sort of luminous coloured sundae, and so decided that at midday we would reward our patience with one of these. Unfortunately by the time we came to order there was no-one else eating one so we had to try and act out the sundae to the waiter. An interesting game of charades. Eventually his face lit up and he said “Ahh, the Churchill”. The Churchill was a bizarre mix of (I think!) crushed ice, strawberry syrup, strawberry icecream, and condensed milk to pour over the top! Quite tasty though.

Finally 1.30pm rolled around and we boarded the bus to Monteverde. The guidebook said it took 2.5 hours. Second lie of the day. We arrived about 5.30pm. The majority of this was spent on the road that connects the Pan American highway to Monteverde. 40km took well over 2 hours due to the TERRIBLE road (not mentioned in the guidebook) and pouring rain. I mean we knew we were going to the Rainforest, but really?! So in total the 190km journey took us 10 hours. Maybe I do prefer the death-planes after all.

This was quickly forgotten once we got settled in the lovely ‘Pension Santa Elena’ hostel. It had a really great atmosphere, incredibly helpful staff, and perhaps the best thing was the proximity to the ‘Taco Taco’ hut next door. Given the rainstorm showed no sign of relenting, Taco Taco offered the perfect solution, incredible burritos and tacos and delicious ice-blended limeade (with tequila if desired…obviously desired!)

The next morning we woke up excited for the main purpose of our trip to Monteverde – ZIPWIRING!

It was incredible! Well worth the terrible road to Monteverde. We went with Monteverde Extremo Canopy Tours (recommended by a friend from work) and they were brilliant. It’s the sort of activity where you really need to feel safe: whizzing at 80kmph across a 1km long wire with a giant valley below you! We did 14 zipwires and the whole thing took about 2 hours in total. They did a brief intro and then got us straight into it, powering across the first 3 shorter wires. The 4th one was one of the longest, stretching right across the valley, and apparently because it was against the wind you had to go in pairs to get enough speed up. I was initially terrified when one of the staff clipped Dermot in and then turned to me and said “okay you just hold on to him”. A joke. That’s what it was. A really funny joke. At least the look of confusion then fear on my face amused him! Dermot said that he felt far safer sitting behind me clinging on like a monkey, I think his words were…”well if I fall so do you”

The part I was most nervous for was the “Tarzan swing”. This involved walking to the end of a high platform and jumping into the abyss, free falling for maybe 1 second (it felt like 10) before the rope catches you and you swing, Tarzan style, high out across the forest. I requested that Dermot do it first, he didn’t really have time to think before he was ushered off the edge. I knew I had to go straight after otherwise I’d wimp out. I walked to the end of the platform, my legs were complete jelly! I made the leap, and after the initial terror I loved it!!

I thought that the worst was over, and hadn’t felt nervous at all for the ‘superman’ cables; you have your feet suspended behind you and are strapped on by your back so you lie flat under the cable like superman and fly across the valley! That was until we saw the first of the superman cables…you had to climb a HUGE spiral metal staircase, off the top of the hill, just to get to the start of it. We then took turns to be suspended, cross our hands over our chests (so we had zero control over when we’d go) and then be pushed off down the wire! It looked incredibly steep but as with all the others ended up being such fun!

We’d met a Canadian couple called Marley and Mike during our transit in Puntarenas and they were on the same zipwire tour as us. Dermot and I were still raving about Tacos Tacos and so we all rewarded ourselves with more burritos and tacos for lunch, and 4 tequila limeades to settle the post-zipwiring nerves. The woman at the counter thought we were mad – apparently 2pm tequila is not the done thing in Monteverde.

We then had a very chilled afternoon, including a massage for me! I’d seen a sign at one of the hostels and they directed me to a rather random establishment above a kitchenware shop with one little bed behind a curtain. The weather really picked up during the massage and so I found it slightly hard to relax whilst wondering if the roof would still be on at the end! As I’m writing this I’m just waiting to have a massage at the place we are staying on Isle De Ometepe in Lake Nicaragua…fingers crossed it’s more relaxing!

We met back up with Marley and Mike for sushi that evening. It was quite a surreal experience having rolled-to-order sushi in the middle of the rainforest covered mountains. It was tasty, but a little too expensive for what it was, combined with a 23% tax that we didn’t encounter anywhere else in Costa Rica!

We then had to make the perennial travelling decision of “where next?”. It was Wednesday and Dermot’s flight was out of San Jose the following Tuesday. So either we could go to La Fortuna in Costa Rica where there are natural hot springs and then we’d have a couple more days before he flew back, OR we could try and make it up to Nicaragua.

We chose the latter and we’re both so glad we did (although he may not be saying that after he’s spent tomorrow travelling to San Jose.

The border crossing itself deserves a post of its own… 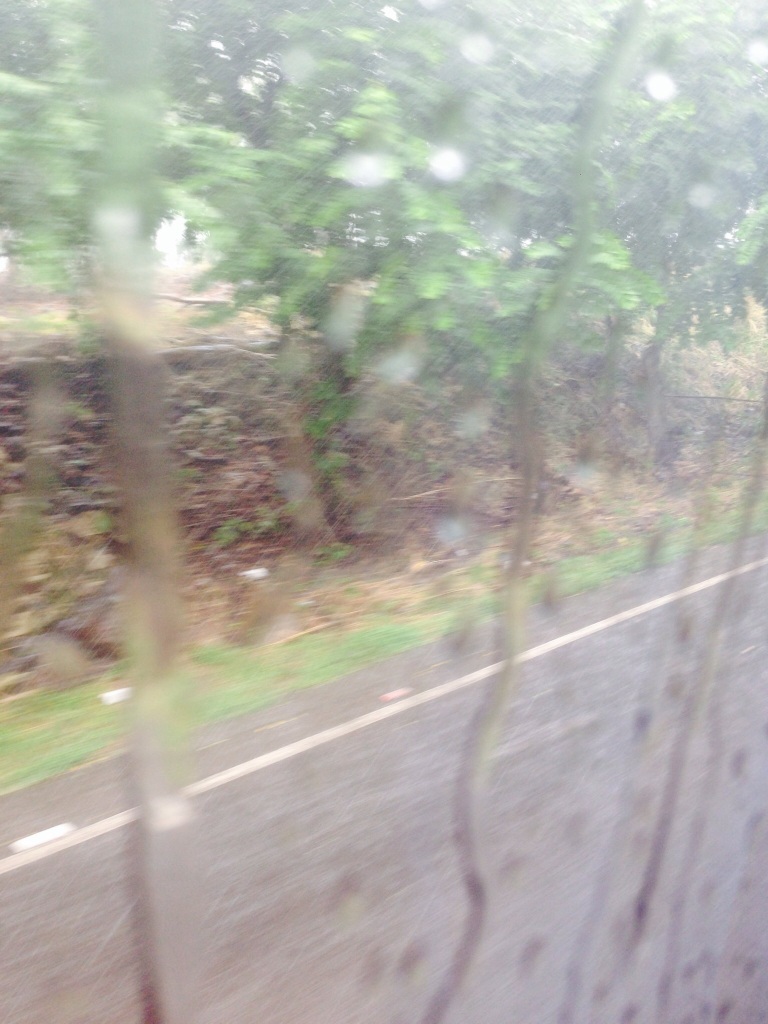 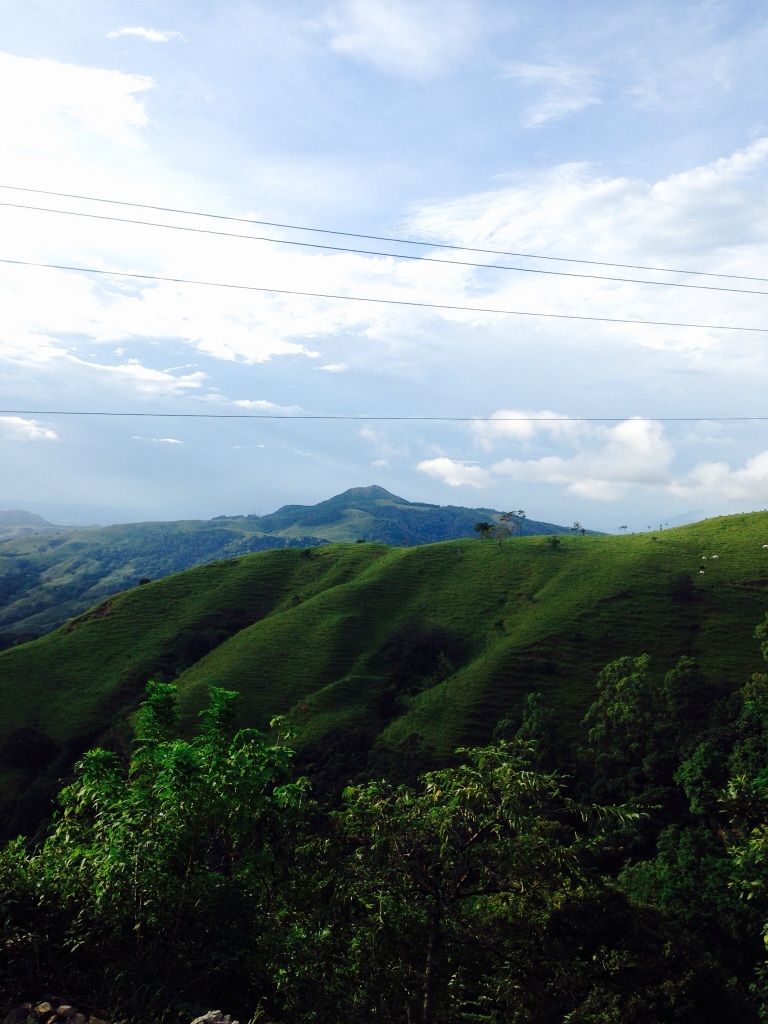 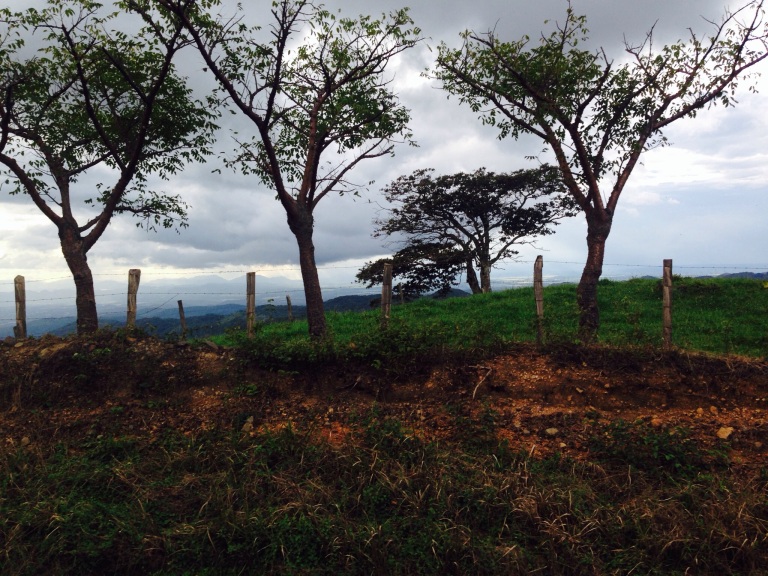 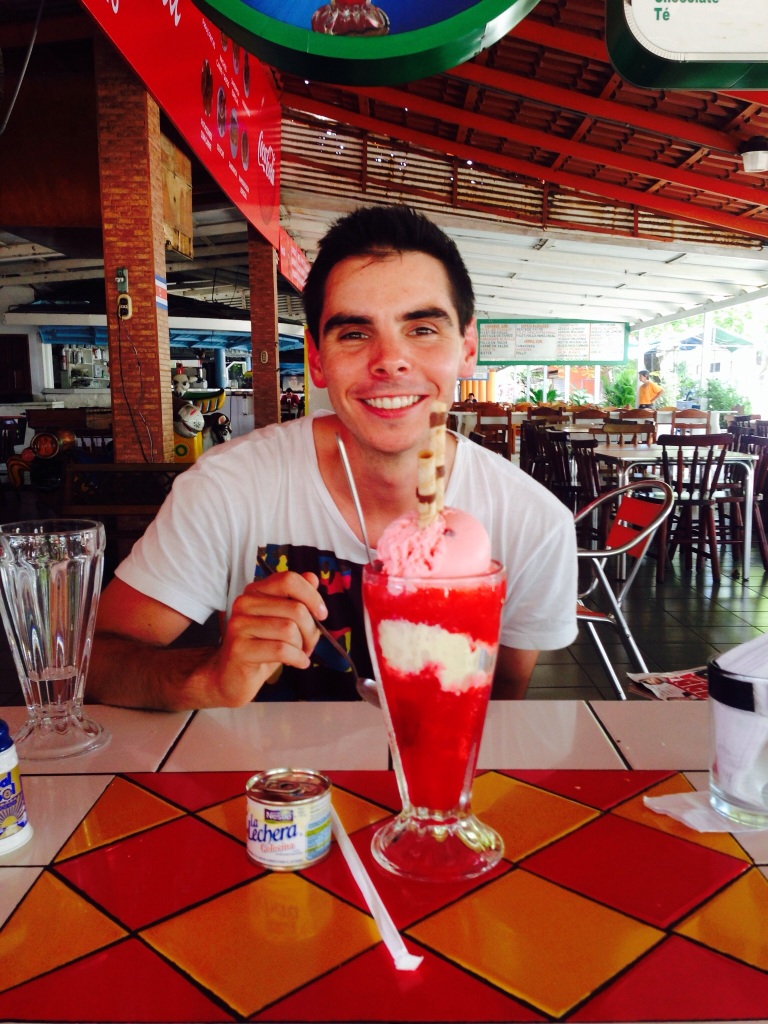 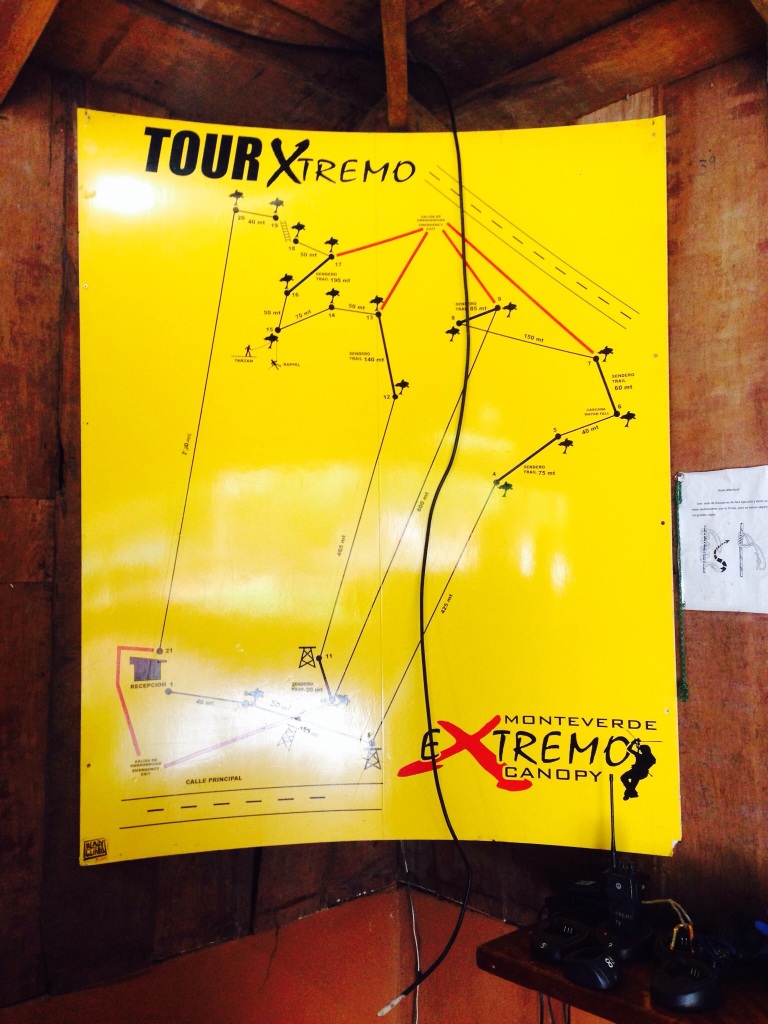 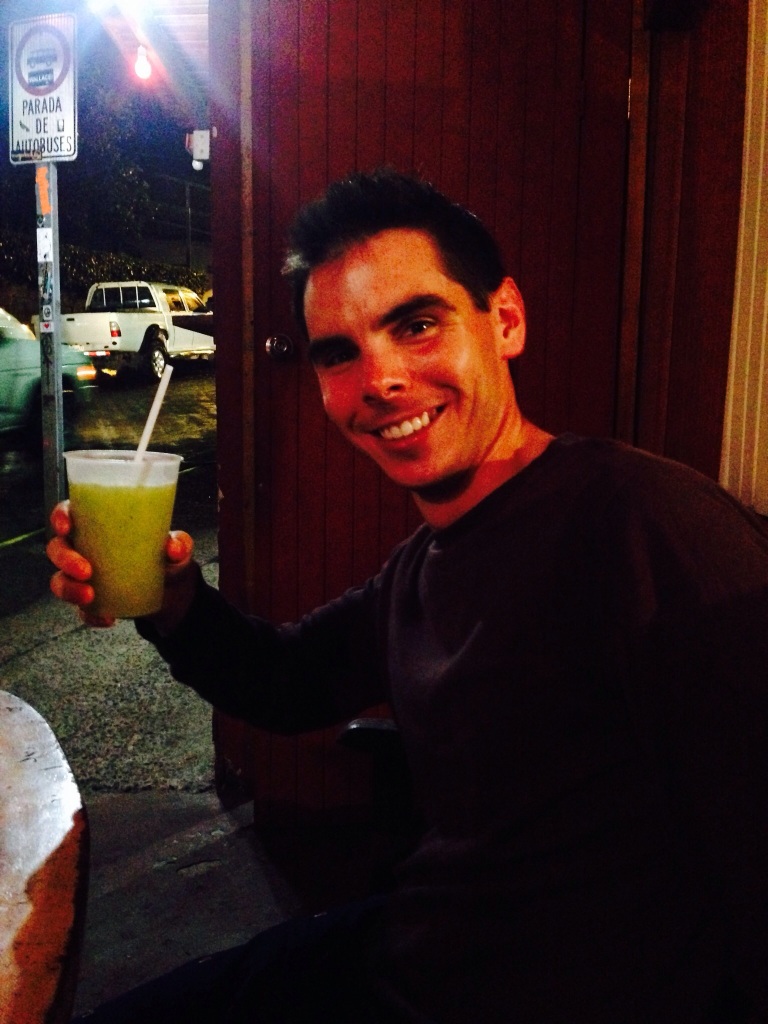 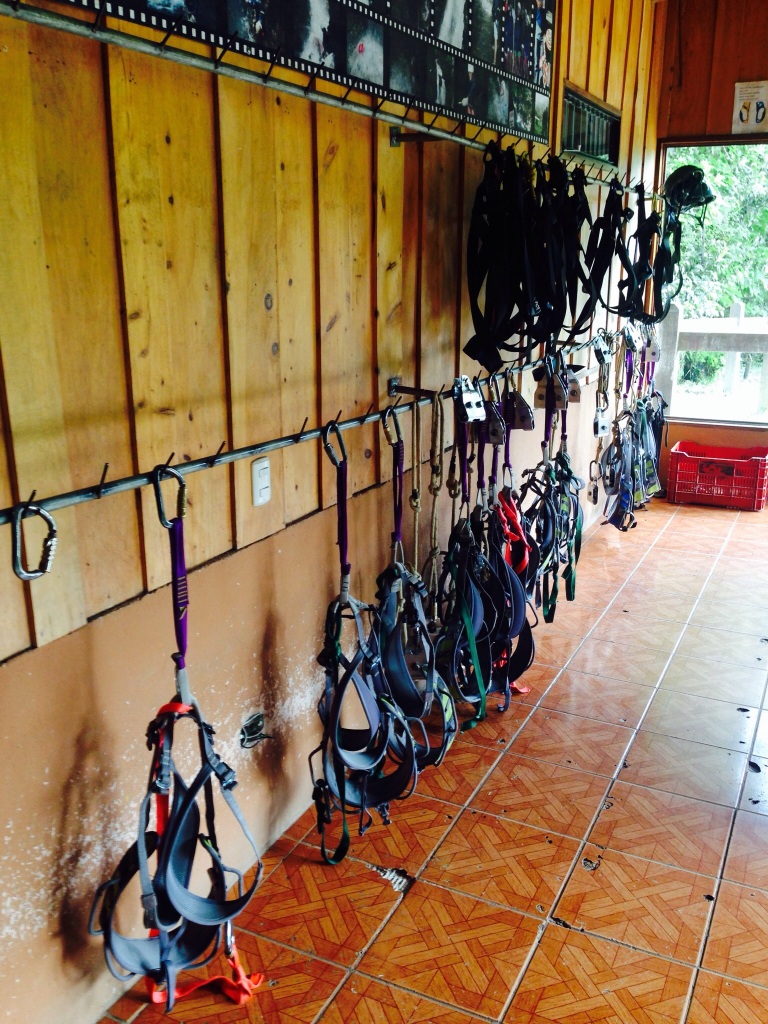 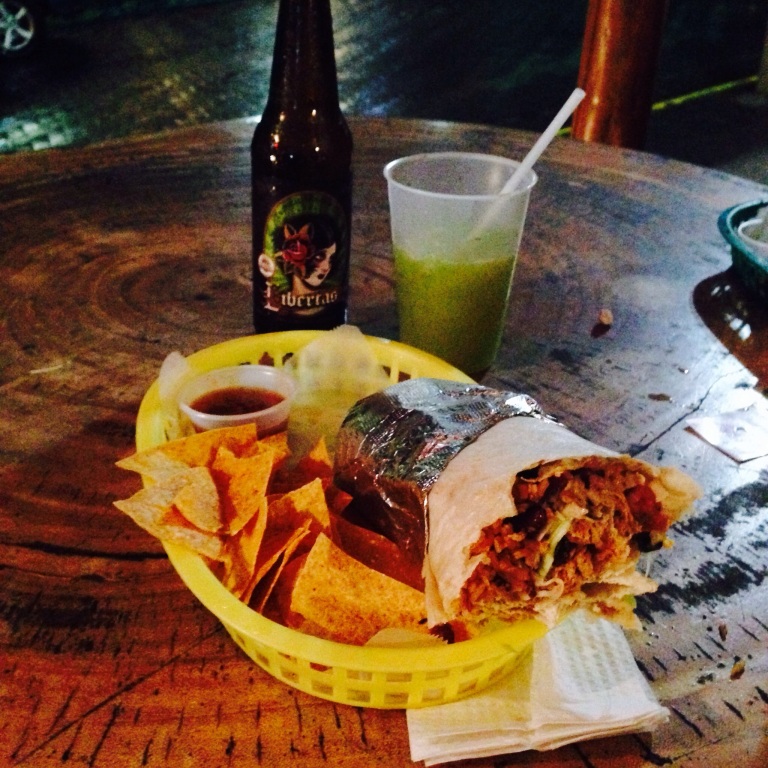 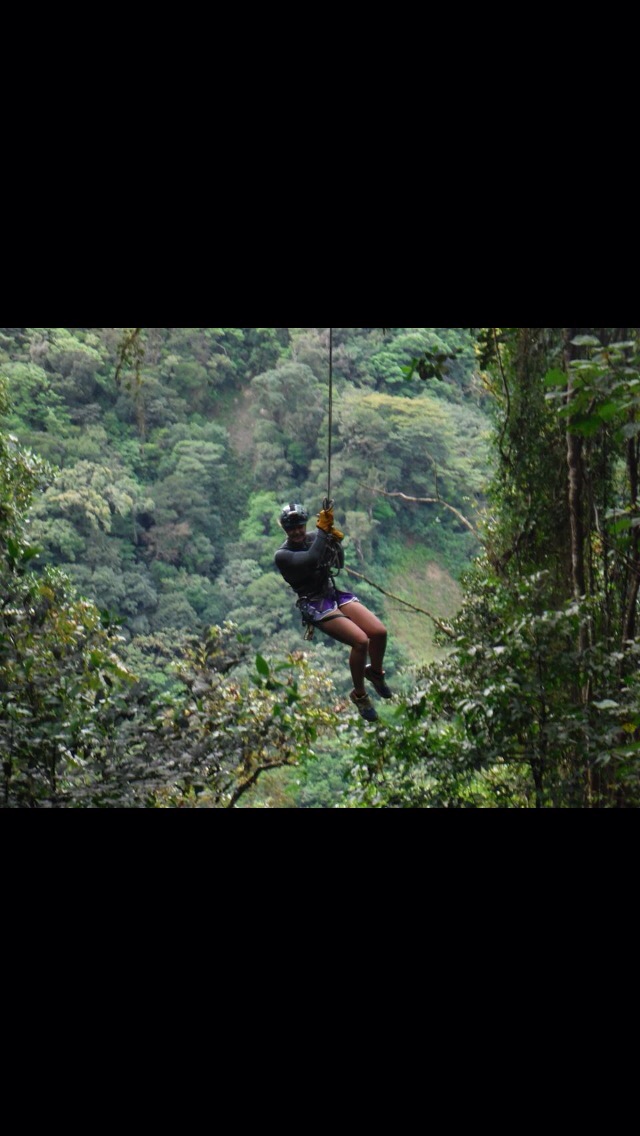 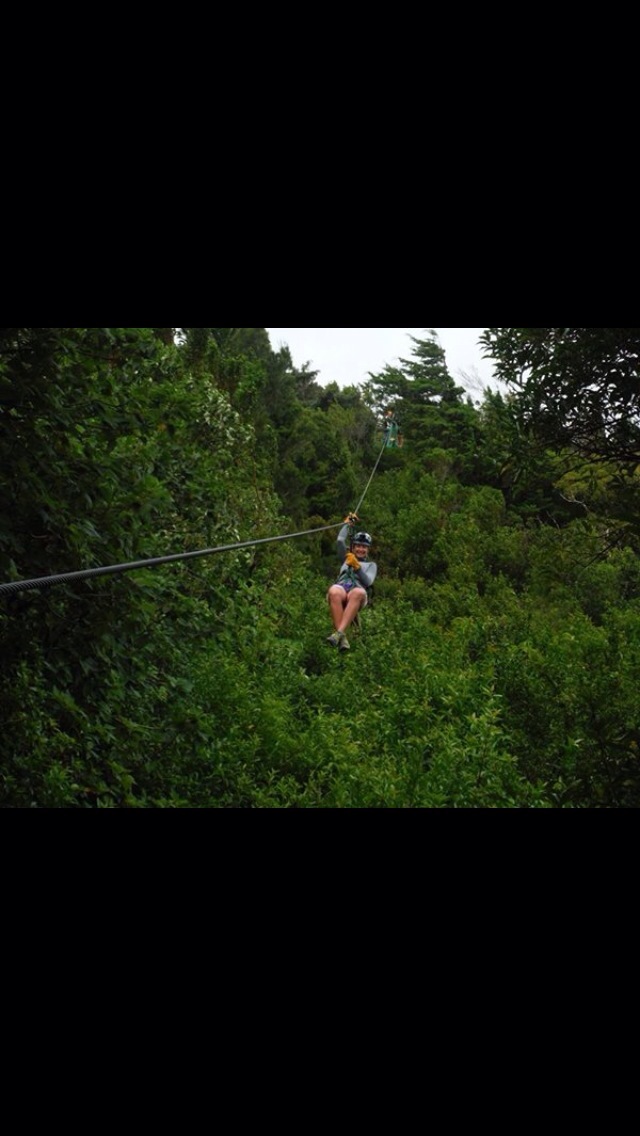 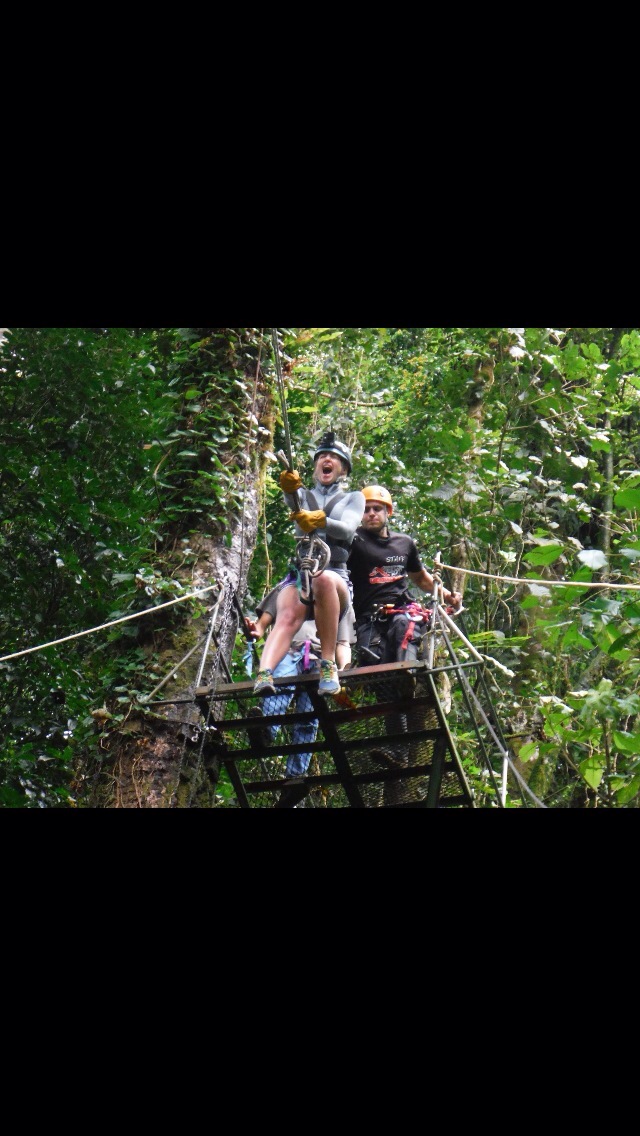 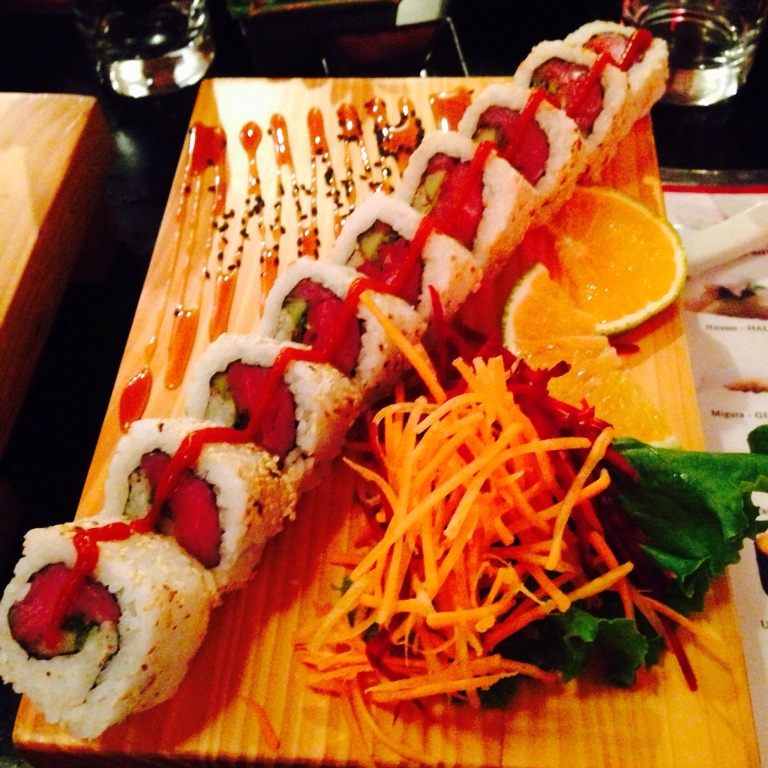 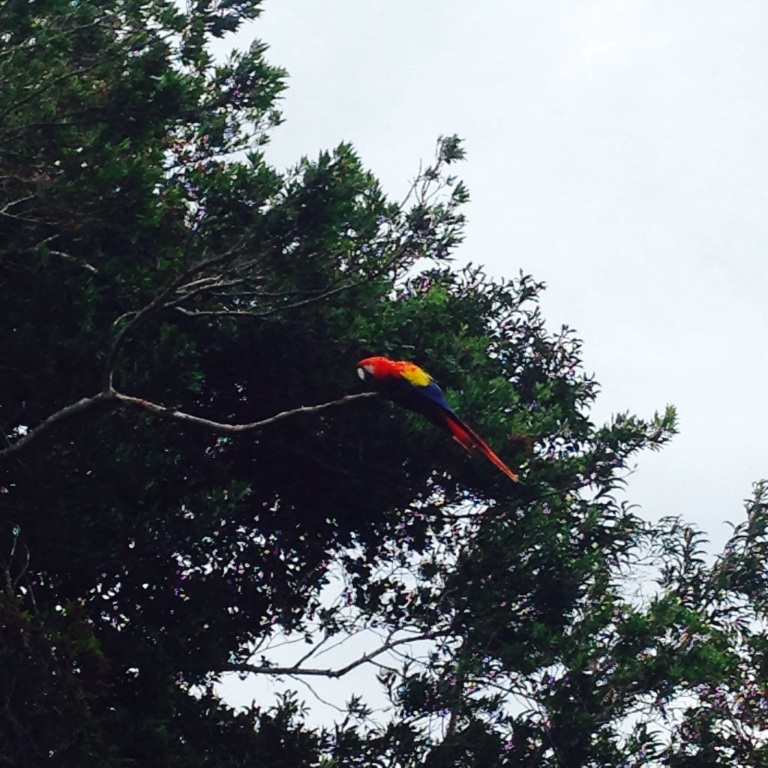 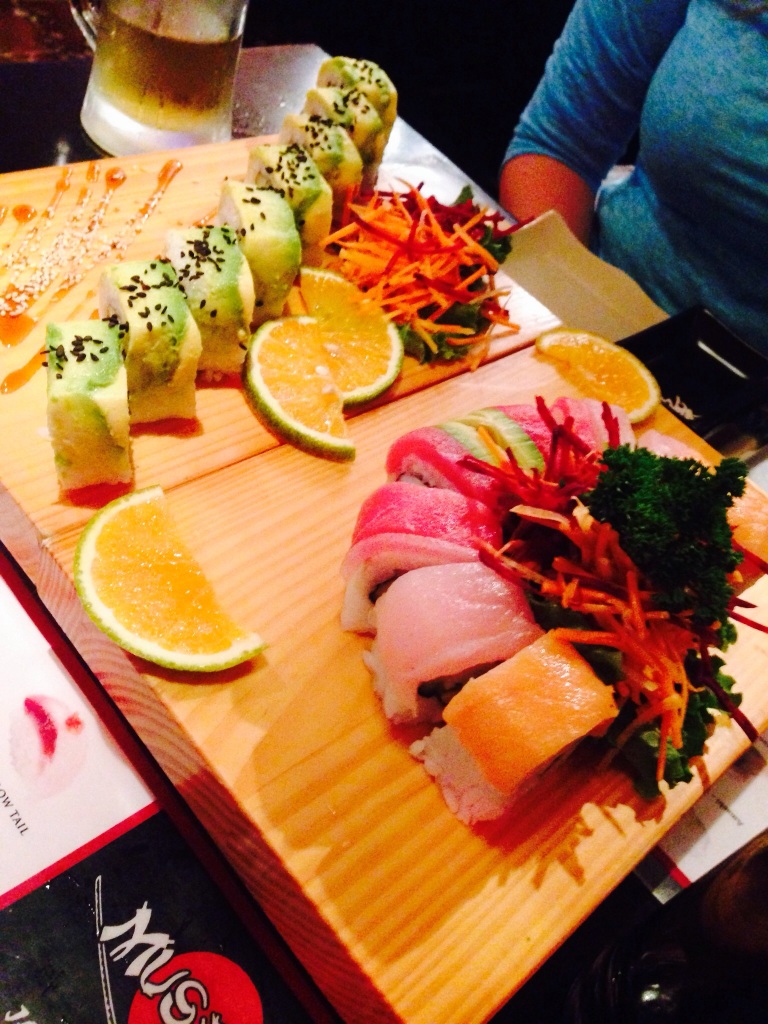